Mel Gibson’s latest public-image meltdown comes at a precarious time, with the actor-director-producer in the process of trying to revive a long-dormant acting career. With the embattled 54-year-old’s image hitting an all-time low amid reports of racist and misogynistic comments, a number of film projects could be in peril. 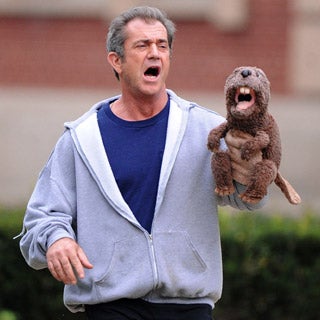 Notably, Jodie Foster’s dark comedy “The Beaver,” which stars Gibson as a depressed CEO who learns to communicate with a beaver hand puppet, is in limbo, with distributor Summit Entertainment now nowhere close to announcing a North American premiere date.

Summit officials would not comment to TheWrap. But the company – which will see its third “Twilight” movie pass the $200 million mark domestically this weekend – is in position to wait out Gibson’s latest PR crises before it releases “Beaver” domestically, said one official with knowledge of the situation.

Shot for a modest $20 million, “Beaver” was abundantly pre-sold abroad by Summit before shooting commenced.

Gibson’s Icon Productions, meanwhile, is still shooting action-drama “How I Spent My Summer Vacation,” which stars Gibson as a career criminal struggling to survive in a Mexican prison. Icon pre-sold most of the key foreign territories, but hasn’t announced a plan for U.S. distribution.

An official close to the project said the film’s budget is in the realm of the Icon-produced, Gibson-directed 2006 film “Apocalypto,” which was shot for $40 million.

Gibson is in development on a project called “Cold Warrior” with “Lethal Weapon” writer Shane Black. Also in the works is a Viking-themed, William Monahan-written that Gibson would direct and would star Leonardo DiCaprio.

Gibson, who earlier this week was dumped by his longtime talent agency, William Morris Endeavor, hasn’t been involved with a hit on any level since his last publicly disclosed rant, a drunken anti-Semitic screed in the presence of police back in 2006.

And January’s “Edge of Darkness,” the Monahan-written, Warner-distributed drama that featured Gibson in his first major acting role since 2002’s “Signs,” bombed, with the film’s $80 million worldwide gross matching its production budget.