Paul Wendkos, who directed the 1959 surfing classic "Gidget" and two sequels, died early Thursday at his home in Malibu. 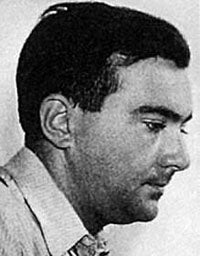 Wendkos, who was 87 (although some reports put his age at 84), had been ill for several years following a stroke.

"Gidget," which starred Sandra Dee and James Darren, was followed by "Gidget Goes Hawaiian" in 1961and "Gidget Goes to Rome" in 1963.

Wendkos’ films helped popularize surfing in the U.S. and around the world.

Wendkos was a prolific director, with credits on more than 110 projects, including films, TV movies and miniseries.

In 1977, he produced and directed the miniseries "Harold Robbins’ 79 Park Avenue."

Wendkos was nominated for an Emmy Award for directing 1988’s "The Taking of Flight 847: The Uli Derickson Story," starring Lindsay Wagner.