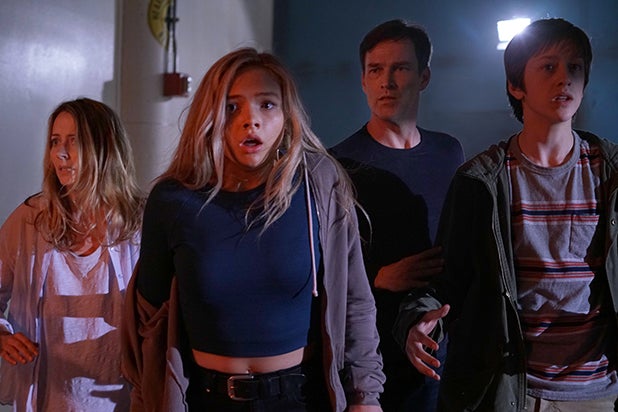 Fox’s Marvel series “The Gifted” will add a new face for its second episode, showrunner Matt Nix announced on Tuesday.

“Twin Peaks” and “24: Legacy” alum Elena Satine will join the “X-Men”-adjacent series as Dreamer, a mutant with the ability to remove or implant memories in people.

“It’s a really sexy power, and it’s a really fun character who has a romantic connection to Thunderbird [Blair Redford],” Nix said at a Television Critics Association panel for the show. “We get to explore some, sort of, love triangle stuff through her.”

“One of the things about her character is that’s a really sexy power that isn’t a gigantic power,” Nix continued. “We aren’t blowing up a building with her … it doesn’t involve a six-week CG build.”

“The Gifted” follows two ordinary parents (Stephen Moyer and Amy Acker) who discover their children possess mutant powers. Forced to go on the run from a hostile government, the family joins up with an underground network of mutants who must fight to survive.

“Bunheads” star Emma Dumont stars as Polaris and “Once Upon a Time’s” Jamie Chung plays Blink (played by Fan Bingbing in “X-Men: Days of Future Past”), but the series also includes several newly invented characters. Others — like Dreamer — are interpretations of more obscure characters from the “X-Men” comic book canon.

Nix says his show will exist within the context of larger Marvel universe, but it won’t directly connect to the “X-Men” films in the way “Agents of SHIELD” connects to the MCU.

“There’s not going to be a situation where the television show is driving the movies, or the movies are driving the show because the mythology we’re telling specifically avoids that,” he said. In the universe of “The Gifted,” the characters known as the X-Men exist, but their absence is written into the show.

“In our world, one of the things that we’ll be unpacking is the relationship of this specific group of characters to the X-Men,” he said. “The X-Men are gone, and that’s not a dodge … it’s a thing in the show that we’re going to be exploring. And it’s a huge deal in the world. It’s one of the central mysteries in the show.”

“If you’re trying to make it a direct connection between the ‘X-Men’ films and the television series,” added Marvel TV boss and executive producer Jeph Loeb, “The better way of looking at it is … if you’re an ‘X-Men’ fan and you go to the comic book store every Wednesday, you know that there are other books that live within this world.”

“It is a very large spread huge number of characters that are mutants and live within that world,” he said. “That ‘X’ [in the key art for the show] is a shorthand for mutants.”