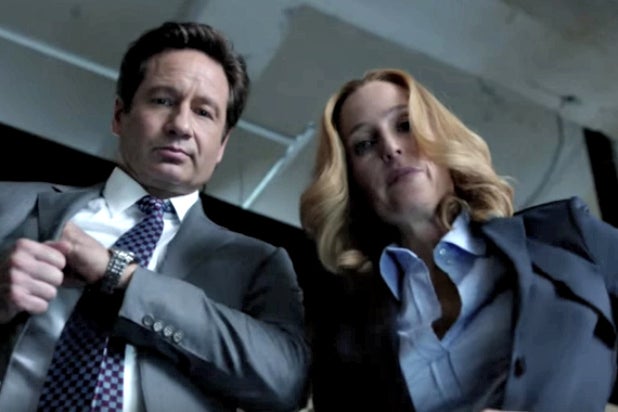 “The X-Files” reboot was not nominated for any Emmy awards Thursday morning, and star Gillian Anderson took the opportunity to poke fun at the show’s prestigious (but dated) past.

“Shame they didn’t nominate us,” she said on Twitter, captioning a photo of her standing beside “X-Files” co-star David Duchovny. “Just think what fashion trends we might have started. #tbt #Emmys”

The photo is a capture of the 1995 Emmy awards ceremony, where the snazzy, very-90s-garbed Anderson and Duchovny presented the Best Supporting Actress trophy to Julianna Margulies. Margulies won for “ER” in 1995, and was also snubbed in 2016, for her final season on CBS’ “The Good Wife.”

Also Read: Fox Teases More 'X-Files': 'I Believe Everyone Is on Board'

Though neither “X-Files” actor was nominated in ’95, Anderson would ultimately be nominated four times for playing Dana Scully, and Duchovny twice for playing her partner, Fox Mulder.

Shame they didn’t nominate us. Just think what fashion trends we might have started. #tbt #Emmys pic.twitter.com/SZNzagMvqA