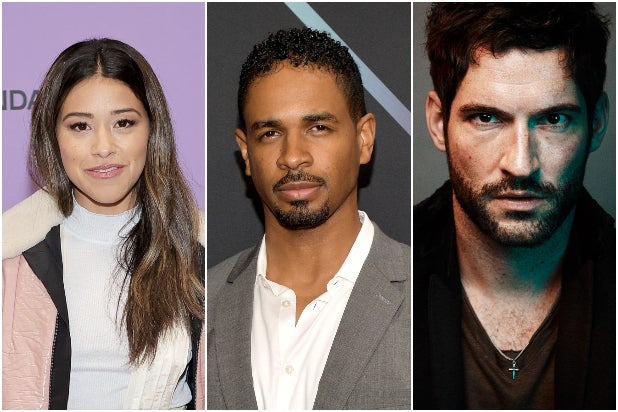 Gina Rodriguez, Damon Wayans Jr. and Tom Ellis are set to star in a romantic comedy for Netflix called “Players.”

“Pitch Perfect 3” and “The Sleepover” director Trish Sie will direct the film that’s produced by Marc Platt (“La La Land”) and is about two romantic “players” who get tangled up in love.

Rodriguez stars as a Chicago sportswriter who has spent years devising successful hook-up “plays” with her best friend, played by Wayans Jr., and their crew. But when she unexpectedly falls for one of her targets, played by Ellis, they must learn what it takes to go from simply scoring to playing for keeps.

Whit Anderson, a writer on “Ozark” and Marvel’s “Daredevil,” wrote the screenplay for “Players.” The producers are Platt and Ryan Christians for Marc Platt productions and Ross Dinerstein for Campfire

Rodriguez is also executive producing along with Molly Breeskin for I Can and I Will Productions, as are Ross Girard for Campfire and Dan Clarke.

Rodriguez most recently starred in “Miss Bala” and “Someone Great.” She’ll next be seen in the sci-fi thriller “Awake” and the romance film “I Want You Back.” She also just joined the Netflix original series “Lost Ollie.”

Wayans Jr. recently starred in the Netflix rom-com “Love, Guaranteed” and was also seen in “Cherry” and “Barb and Star Go to Vista Del Mar.” He is represented by WME.

Ellis is best known as the star of “Lucifer” and flexed his rom-com muscles in the Rebel Wilson comedy “Isn’t It Romantic.” He is represented by CAA, Anonymous Content, Hamilton Hodell and Personal PR.