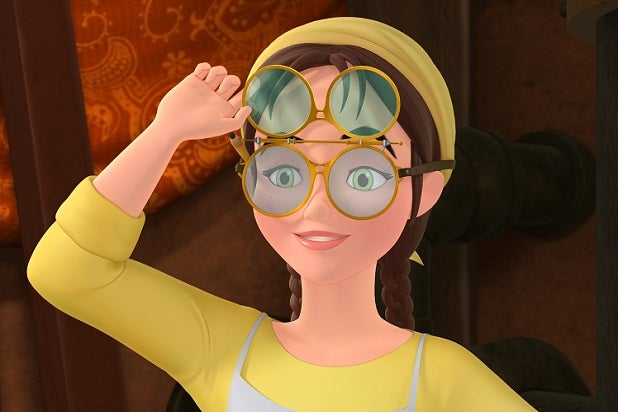 Ginnifer Goodwin is about to get even more Disney-fied.

The actress, who plays Disney princess Snow White on ABC’s “Once Upon a Time,” has signed on for Disney Junior’s annual “Pirate and Princess Summer” programming event.

Frost will appear on the July 18 episode of “Jake and the Never Land Pirates,” playing — quite naturally, it seems — Captain Hook’s childhood nanny.

The “Pirate and Princess Summer” event will also see the debut of Princess Mulan on the Aug. 15 episode of “Sofia the First,” with “Marvel’s Agents of SHIELD” star Ming-Na Wen providing Mulan’s voice.

During “Pirate and Princess Summer,” new episodes of “Sofia the First” and “Jake and the Never Land Pirates” will premiere on alternate Fridays from July 4 to August 15. All of the episodes will premiere a week prior to air date on WATCHDisneyJunior.com and the WATCH Disney Junior app.