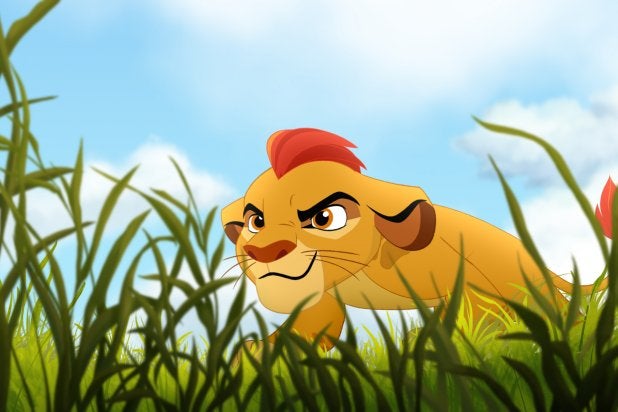 “The Lion King” is coming back to Disney in a big way. Arguably one of Disney’s most popular animated films of all time, “The Lion King” has already seen multiple related films, and even a cartoon series spin-off for popular characters Timon and Pumbaa. Now, though, the property is going young with “The Lion Guard.”

“The story of ‘The Lion King’ has deeply touched families around the world since its original theatrical release 20 years ago,” said Nancy Kantner, Executive Vice President, Original Programming and General Manger, Disney Junior Worldwide, in a statement. ” We look forward to introducing a whole new generation of kids to both the Disney legacy characters and to new friends and heroes.”

See photos: The Evolution of Angelina Jolie: From a ‘Girl, Interrupted’ to a Disney Villain Reconstructed

Developed by Disney Television Animation for Disney Junior, “The Lion Guard” is targeted for kids aged 2-7 and their families. A television movie will kick things off in Fall 2015, to be followed by a television series in early 2016 on both Disney Junior and Disney Channel.

The network is working with the wildlife education experts from Disney’s Animal Kingdom theme park to infuse the show with themes of conservation, family and community, while emphasizing more educational things like problem-solving, creative thinking and diversity.

“The Lion Guard” will follow the story of Kion, the second child of Simba and Nala. He takes on the role of leader of the Lion Guard, a group of the bravest and brightest animals in the kingdom tasked with preserving the Pride Lands. Tradition says that Kion assemble a team of young lions to serve alongside him, but he has a different idea.

Kion gathers a variety of animal friends to serve with him, including a honey badger named Bunga, a cheetah named Fuli, a hippo named Beshte, and an egret named Ono. Classic “Lion King” characters like Simba, Nala, Mufasa, Timon and Pumbaa, Rafiki, Zazu, and Kiara will also make special appearances.