“Girls5eva” has found a new home in Netflix for Season 3 after the musical comedy series previously streamed on Peacock. Netflix has also acquired co-exclusive global streaming rights to the first two seasons.

From Emmy-winning creator-showrunner Meredith Scardino and executive producers Tina Fey (Little Stranger, Inc.), Jeff Richmond and Robert Carlock (Bevel Gears), the popular series stars Sara Bareilles, Renée Elise Goldsberry, Busy Philipps and Paula Pell as a one-hit wonder girl group from the turn of the millennium who reunite to give their music dreams another go. They may be grown women balancing spouses, kids, jobs, debt, aging parents and shoulder pain, but can‘t they also be Girls5eva? 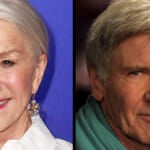 “Our deepest thanks to Peacock for bringing Girls5eva to life and supporting us creatively at every turn since the first pitch. And we are endlessly grateful to our partners at NBCU for their boundless commitment,” Scardino, Fey, Richmond and Carlock said in a joint statement. “Today, we are thrilled to announce that our reunited girl group will be re-reunited at Netflix. We are so thankful to everyone at the streamer who fell in love with our music-filled comedy. We cannot wait to introduce Dawn, Wickie, Summer, and Gloria to the global Netflix audience. Well, not fully introduce, if you look closely, Girls5eva can be seen in the background of the Woodstock ’99 documentary setting a porta potty on fire.”

Netflix comedy series VP Tracey Pakosta added, “We are so happy to bring Girls5eva to Netflix. Just like the show, we are so excited to reunite with this amazing team.” 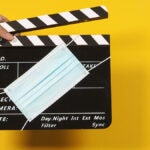 While it’s common for linear originals to move to streaming hubs post-cancellation, the move is one of the first of its kinds in the changing TV landscape. According to Deadline, the move was a tough one at Peacock that forced executives to prioritize other series.

Scardino was Emmy nominated for Outstanding Writing for a Comedy Series for Season 1 of “Girls5eva.” Both seasons are certified fresh on Rotten Tomatoes, with Season 2 being named one of the best shows of 2022 by Vanity Fair, Vulture, Washington Post and Paste. 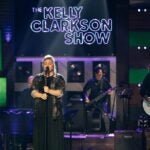 Also Read:
Behind the Scenes of ‘The Kelly Clarkson Show’: Curated Playlists, Filming Out of Order and Leaning Into Human Interest
x