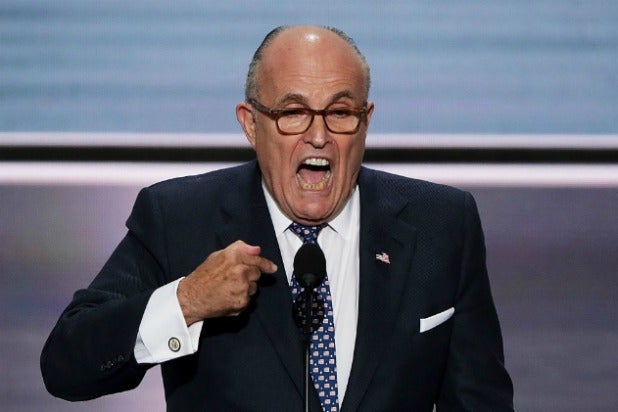 In an op-ed for the New York Times, Rudy Giuliani’s former press secretary offered some scathing notes on the attorney’s behavior with, well, the press.

In a Monday piece called “What Happened to Rudy Giuliani?” Ken Frydman, who defended the former mayor as recently as last year in an op-ed for the New York Daily News, said, “The man I worked for in 1993 is not the man who now lies for Donald Trump.”

According to Frydman, Giuliani went from “America’s Mayor” to “President Trump’s bumbling personal lawyer and henchman, his apologist and defender of the indefensible,” with his recent appearances on television news to defend Trump in the Ukraine scandal solidifying the new title.

According to Frydman, former campaign workers stay in touch and he’s not alone in his unease about their former boss.

“‘If Rudy doesn’t get a lawyer, he’s crazier than I thought,’ a 1993 campaign colleague and high-ranking Giuliani administration official said when the Ukraine scandal broke. A former senior adviser called him ‘crazy.’ Those closest to him beg him to stop talking,” he wrote.

“Watching and reading Rudy’s ferocious lying for Mr. Trump, whether on Fox or CNN, forced me to re-examine his last 25 years, especially the profiteering from Sept. 11,” he concluded. In his piece, Frydman said that Giuliani charged $100,000 for self-aggrandizing speeches about his heroic leadership after Sept. 11. and became a multimillionaire. “But Ukraine was the coup de grâce. We who admired him for so long expected much more from Rudy Giuliani and his legacy.”

Giuliani’s camp did not immediately return a request for comment.