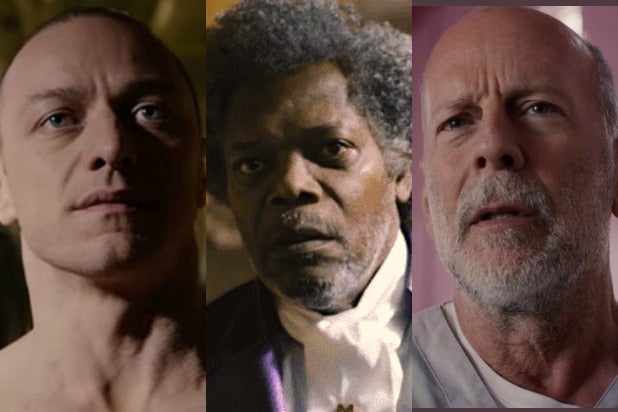 The next two weekends at the box office will be quite sluggish, as this frame’s round of new releases have failed to move the needle. Universal’s “Glass” will top the charts for a second weekend, but it is looking at a 60 percent drop from its $40 million 3-day opening and is now behind the pace set by its 2017 predecessor, “Split.”

“Glass” second weekend total is estimated at $16 million, bringing its domestic cume to a 10-day count of $70.8 million against a $20 million production budget. That’s 9 percent behind the 10-day total of “Split,” which sat at $77.3 million.

Also Read: Lin-Manuel Miranda to Oscars: 'Truly Disappointing' If You Don't Keep All the Song Performances

Meanwhile, another Universal title, “Green Book,” is seeing a bump at the box office since receiving its Best Picture nomination. The Participant Media/DreamWorks production returned to 2,430 screens after earning five Oscar nominations, and is currently ranking sixth among all films this weekend with an estimated $5 million in its 11th weekend. That’s the largest weekend total the Golden Globe winner has amassed since its opening back on Thanksgiving, and gives it an estimated domestic total of $48.6 million.

In fourth is the Fox family film “The Kid Who Would Be King,” which is flopping hard with an opening of just $6.5 million from 3,521 screens and a reported production budget of $59 million. The poor numbers come in spite of strong critical and audience reception for this story of a British boy who turns out to be the second coming of Arthur Pendragon. It has earned a Rotten Tomatoes score of 85 percent and a B+ from CinemaScore audience polls.

“Spider-Man: Into the Spider-Verse” completes the top five with $5.5 million and a $168 million total in its seventh weekend, fresh off a Best Animated Feature Oscar nomination. Meanwhile, down the charts in eighth is Aviron’s thriller “Serenity,” which is estimated for an opening of just $4.5 million from 2,561 screens. The film has been panned with a 21 percent Rotten Tomatoes score and a D+ from CinemaScore.