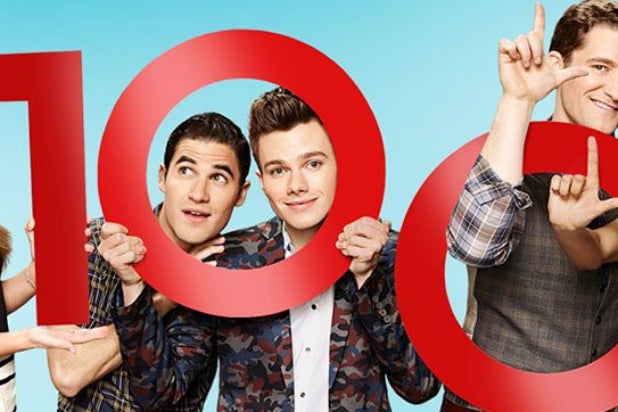 The 100th episode of “Glee” song-and-danced its way to an uptick in ratings on Tuesday, when it also generated significant social traffic.

In the advertiser-sought 18-49 demographic, Fox’s high school musical jumped 22 percent in ratings, from a regular episode series low of a 0.9 to a 1.1. It also pulled in half-a-million more viewers from the prior week, from 2.3 million to 2.8.

But TheWrap reported those numbers earlier in our daily ratings story, which covers the key demo that most networks sell ads against. “Glee” skews significantly younger, in demos where it saw even more significant jumps.

In L + 7 ratings, “Glee” is averaging a 2.7/7 in the key demo and 6.8 million total viewers. Those numbers are pulled up a bit by the premiere (as are all shows), but also the Cory Monteith tribute episode “The Quarterback” on Oct. 10.

On social media, a Twitter TV audience of 2.3 million people saw more than 130,000 tweets on Tuesday, according to Nielsen SocialGuide. These tweets were sent by over 39,000 Unique Authors and generated 6 million Impressions on the evening of the Fox comedy’s milestone.

The prior week, a Twitter TV audience of 1.1 million people saw more than 61,000 tweets about “Glee” on March 11. These tweets were sent by  24,000 Unique Authors and generated 2.6 million Impressions.