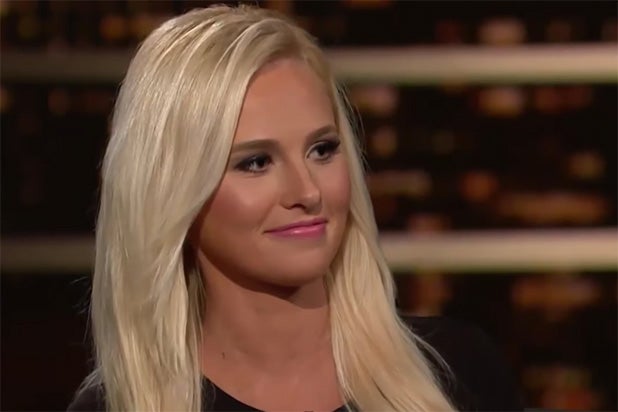 TheBlaze founder Glenn Beck mocked the network’s biggest star, Tomi Lahren, on Twitter after she mentioned having “moderate, conservative, and libertarian views” while defending recent pro-choice comments made during an appearance on “The View.”

Lahren, who is a rising star among conservative media, tweeted that she “will never apologize, to anyone, for being an independent thinker,” on the heels of the far right attacking her for admitting she supports women having the right to choose. Beck doesn’t appear to appreciate Lahren’s comments.

Wait, libertarian views? Help me out on Trumpcare, stimulus, and executive orders. Trump is anything but libertarian. #intellectualhonesty https://t.co/jlt5sFvQMP

Until Friday’s appearance on “The View,” nobody would have ever accused Lahren for not being conservative enough. She is an outspoken Trump supporter who often refers to liberals as “snowflakes” while mocking them in viral videos.

Perhaps Beck is trying to turn TheBlaze viewers on Lahren, as a recent report by The Daily Caller noted that she could leave the network in the near future. The Caller claimed that her style has rubbed her co-workers at The Blaze the wrong way, particularly when she said she believed that pro-life conservatives are “hypocrites.”

The comments received negative replies on Twitter from The Blaze reporters like Kaitlyn Schallhorn, who said that “Even Hillary Clinton didn’t call pro-life conservatives hypocrites.”