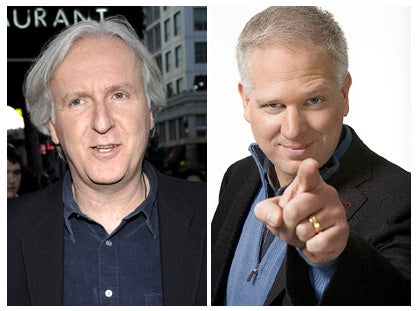 Glenn Beck promised us he would address James Cameron's vitriol (“Glenn Beck is a f—ing a–hole") on his show Wednesday.

"He's carried this around with him for three long years," Beck said of referring to Cameron as the "anti-Christ" in 2007. "The guy's making a billion dollars on a Smurf-murdering movie, and he's stewing about a joke on [CNN] a network nobody watched. … It's time to walk away from the CGI just for a minute, Jim."