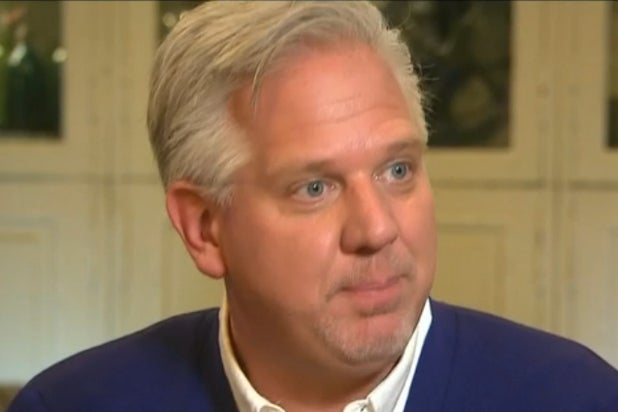 An introspective and occasionally emotional Beck admitted that he has played a role in the divisiveness that plagues our society currently. He also copped to sometimes going a little overboard on the theatrics, and even the message.

“When you live your life five hours a day on live television or radio — you’re going to say stupid things,” Beck said. When pressed by Stelter, Beck admitted that calling President Obama “a racist” was one of those “stupid” ones.

But a choked-up Beck says he’s paid the price for his strong views, particularly when out in public with his daughters.

“We’re not cartoon characters,” the former Fox News host told Stelter about his treatment on the streets of New York City. “We’re not just people on television… we’re humans. I’m … an imperfect carrier of that message for so many people.”

Stelter commented that Beck sounds “like someone who wants to lower the temperature in the country.”

“I think we’re a country in civil war,” Beck replied in agreement. “I just think we’re in a cold civil war. Shooting hasn’t started, but somebody stupid is going to do something stupid and it will escalate — unless we talk to each other.”

He continued: “You read the comments, you read them on the Huffington Post or you read them on TheBlaze or CNN or Fox — it doesn’t matter. They’re all the same, left and right. We’re calling each other horrible things,” Beck explained.

Stelter asked if Beck believes that his own outlet, TheBlaze, leads to the “balkanization” of American, to which the conservative host said, “I hope not.”

More of Stelter’s conversation with Beck will play out on next Sunday’s “Reliable Sources.”