Apple TV+ unveiled the teaser trailer for Season 2 of its espionage thriller “Tehran” on Wednesday. Glenn Close joins the cast as Marjan Montazeri, who is not sure she can fully trust hacker-agent, Tamar (Niv Sultan).

Close’s character tells Tamar in the explosive trailer, “We’re playing a long game here. Not just one operation. Now that we’re working together, my life depends on the decisions you make. Unless we are completely transparent with each other, it will end very badly for us.”

The first two episodes of the second season will debut globally on May 6, followed by new episodes every Friday for an eight-episode run through the June 17 finale. 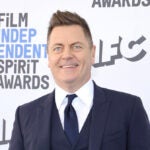 Also Read:
Nick Offerman Checks in at Peacock’s ‘The Resort’

The series is created by Moshe Zonder, Dana Eden and Maor Kohn, and directed by Daniel Syrkin. Omri Shenhar serves as writer alongside Zonder. Syrkin and Shenhar are also co-creators.

The complete first season is now streaming on Apple TV+.