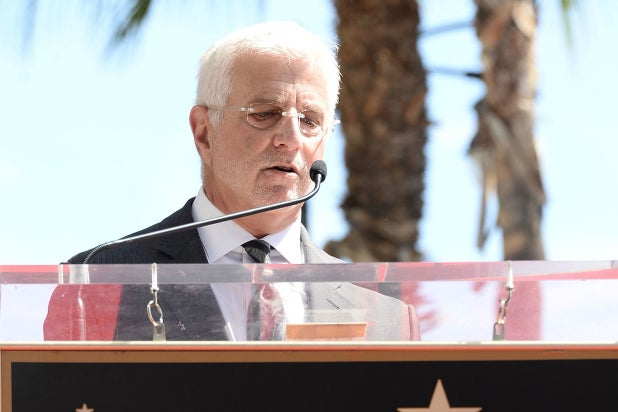 Rob Friedman speaks onstage during the ceremony honoring Eugenio Derbez with a Star on the Hollywood Walk of Fame on March 10, 2016 in Hollywood, California

Global Road chairman and CEO Rob Friedman is leaving his post at the studio, an individual with knowledge told TheWrap.

Friedman’s exit comes as no surprise. Global Road, which was formed by Donald Tang’s Tang Media Partners (TMP) by combining IM Global and Open Road, was seized by creditors in August and subsequently filed for bankruptcy after failing to raise $200 million in financing. Open Road reported at the time it had somewhere between $100 million and $500 million in liabilities.

Open Road said on Tuesday that it would sell the company and its assets to Raven Capital Management for $87.5 million after an auction for the film company’s assets was canceled due to a lack of bids.

Also Read: Raven Capital to Acquire Open Road for $87.5 Million After No Other Bidders Emerge in Bankruptcy Auction

The sale hearing to consider the approval of the sale will take place on Friday, Nov. 9 at 10 a.m. ET.

Open Road owns a film library that includes the Best Picture-winning “Spotlight” as well as “Nightcrawler,” “Dope” and “Side Effects.” The company filed bankruptcy after coming off the box office bomb “Hotel Artemis” and ahead of the “A.X.L.” flop. At the time, the studio was also contending with its lawsuit-stricken Johnny Depp project “City of Lies.”

TMP brought Friedman on board in August 2017 to oversee the company’s entertainment holdings, which later became Global Road Entertainment. Prior to Global Road, Friedman was co-chairman of Lionsgate’s Motion Picture Group from 2012 to 2017, a position he assumed after Lionsgate acquired Summit Entertainment, which Friedman founded. While at the mini-major, Friedman oversaw Lionsgate’s movie production, acquisition and distribution.

An industry veteran, Friedman has also had stints as a top executive at Warner Bros. and Paramount.