“One Day at a Time” co-creator Gloria Calderón Kellett has set the first project under her overall deal with Amazon Studios, the holiday romantic comedy series “With Love.”

The series centers on the Diaz siblings, Lily and Jorge, who are on “a mission to find love and purpose” when they cross paths with seemingly unrelated residents during some of the most heightened days of the year – the holidays. The show is set to launch during the holiday season later this year. 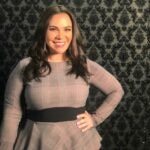 “I started writing as a way to create characters and stories that represented myself and the community I love,” Calderón Kellett said in a statement. “After such a heavy year, there was nothing I wanted more than to see a happy, warm, loving family that looked like mine, celebrating trauma-free and falling in love. So, to be bringing that family to life as my first project with Amazon Studios feels especially personal and is incredibly exciting. I cannot wait to share With Love this holiday season!”

In addition to “With Love,” Calderón Kellett is also developing three other series for the streamer: The Shakespeare-inspired high school drama “Verona”; a modern interpretation of Jane Austen’s “Emma” titled “Glowing Up”; and the half-hour animated comedy “Dating The Lopez Ladies.”