This story about Gloria Calderón Kellett and “One Day at a Time” first appeared in The Race Begins issue of TheWrap Emmy magazine.

Gloria Calderón Kellett did something you don’t see Netflix showrunners do very often. When the second season of “One Day at a Time,” a Latina-centric reboot of the classic Norman Lear sitcom starring Justina Machado and Rita Moreno, came and went without any word from the streamer about a third-season pickup, she called on the show’s fans.

The season had been praised by viewers and critics alike for the way it expanded in scope and added new depth to the Alvarez family, while maintaining the warm and inclusive spirit that made the show a sleeper hit in the first place. But still, there was no decision from Netflix, a curious lack of confidence in a show almost universally well-received.

“During that waiting game, fans kept reaching out and asking if there was anything they could do,” said Calderón Kellett. “So I just did a tweet, basically.”

Also Read: Norman Lear's 'One Day at a Time' Reboot Gets First Trailer From Netflix (Video)

She called on them to voice their support for the show, but she also aimed to give them a good reason to do so beyond the final product they saw on screen. She explained that “One Day at a Time” employs many Hispanic and LGBT writers, and that its directors for Season 2 were all either women or people of color.

For fans who felt deeply invested in expanding onscreen representation and behind-the-scenes diversity, “One Day at a Time” became a cause worth supporting. The campaign took on a whole new life, with a number of Latino media organizations and civil rights groups throwing their weight behind the push to renew the series.

And it worked. Netflix picked up “One Day at a Time” for a third season just a few weeks after Kellett’s tweet.

Also Read: Stefani Robinson on Being Only the Female Writer on 'Atlanta': 'It's Really Bittersweet' 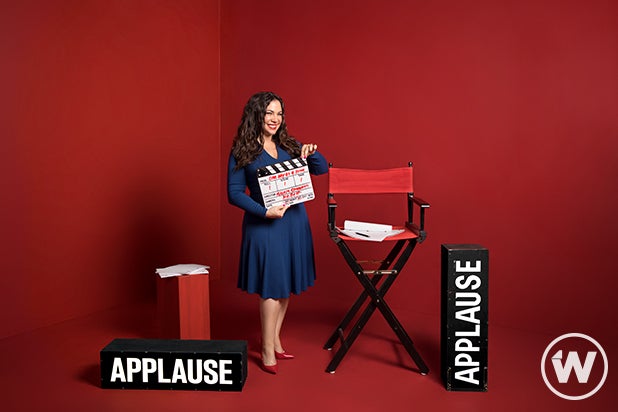 “It was an outpouring of love that we didn’t expect,” said Calderón Kellett, attributing the “overwhelmingly positive” response from the show’s dedicated fan base to its commitment to inclusivity and open-mindedness.

Over the course of two seasons, “One Day at a Time” has touched on topics from PTSD to racist micro-aggressions to the generational differences in the response to the dismantling of restrictive gender norms. All are handled with care and empathy, infusing the show with a welcoming sense of progressivism hailed as the perfect antidote to the divisive rhetoric and exclusionary politics of the Trump era.

Also Read: 'Killing Eve' Showrunner on Why She Gender-Swapped So Many of the Book's Male Characters

The writers, who range from 25 to Lear’s 95, draw from their experiences with their own families to seed the stories for the Alvarezes, but the show’s Cuban sensibility comes from Calderón Kellett’s own upbringing.

“My family is a pretty joyful group of people, so I grew up with that ‘You’re going to struggle, but let’s enjoy the good times’ mentality,” she said. “It was a very glass-half-full, positive household. And loud and Cuban and fun. That’s just what my life looks like.”

TheWrap Emmy magazine: The creator-stars of ”Crazy Ex-Girlfriend“ and ”SMILF“) join Courtney Kemp (”Power“) and Gloria Calderon Kellett (”One Day at a Time“)