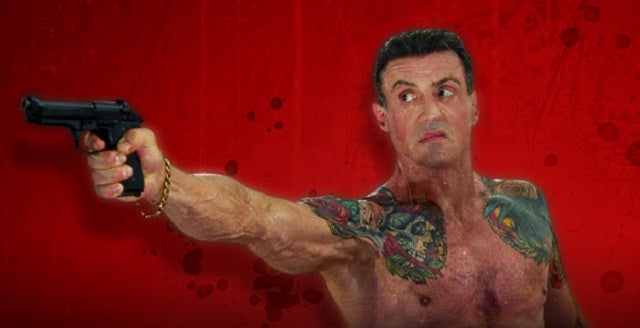 "Bullet to the Head," the guns-blazing, axe-swinging action film from Sylvester Stallone, arrives Friday and is the latest violent, R-rated movie to open in January.  The month itself could be rated “R” — for Repetitious.

Nine of the 11 movies released widely since the start of the year and Friday are rated “R.” Of last weekend's top 10 films, eight carried the restricted rating, which requires youngsters under 17 to be accompanied by an adult.

Hollywood distribution executives regularly maintain that variety in the marketplace –including films with a range of ratings — is essential to doing strong overall business. January, traditionally a slow box-office month, is running roughly 10 percent ahead of last year. But last week was the first week to be down from 2012, and it's possible the preponderance of R-rated offerings is taking a toll.

“There's been one PG-13 release this month — 'Mama' — and it went right to No. 1," Exhibitor Relations senior analyst Jeff Bock told TheWrap, "and I expect 'Warm Bodies' will do the same this weekend.”

“Warm Bodies," which comes out Friday from Lionsgate, is a PG-13 teenage zombie romance based on a young adult novel.  “There has to be a degree of pent-up demand from kids out there,” Bock said.

It's violence more than sex that's driving the R-rated trend. Two of the nine releases  –“Texas Chainsaw” and “Hansel and Gretel: Witch Hunters” — were 3D gore fests. Three — “Parker," “Broken City” and “Gangster Squad” — were crime dramas. Two — “The Last Stand” and Warner Bros.' “Bullet to the Head” — are action films, and two were comedies: “The Haunted House” and “Movie 43.” Several R-rated films have scored at the box office this month. Best Picture Oscar nominees "Zero Dark Thirty," "Django" and "Silver Linings Playbook" over performed. “Texas Chainsaw” and “Hansel and Gretel” both went to the head of the class with openings in the $20 million range.

But too many movies of the same sort can leave some demographic groups underserved, as well as limit a film's playability. For example, there's a good chance MGM and Paramount's action fantasy “Hansel and Gretel” might have done better had teenagers been able to get in without bringing an adult.

“With some films,” explained distribution chief Don Harris of Paramount of "Hansel and Gretel,"  “you really don't have a choice. From the time it was conceived, this one was going to be an R-rated movie and there was no amount of editing or tweaking that was going to change that.”

Harris noted that of the top four comedies released last year, three — Universal's “Ted” and “This Is 40,” and Warner Bros.' “The Campaign” — were rated R.

“That is clearly a developing genre,” Harris said, “with a high ceiling.” Exhibit A might be "Ted," which has taken in $515 million worldwide, with nearly $300 million coming from overseas.

The other top comedy, “Parental Guidance” from Fox, has very much benefited from its PG rating. “We were the only true family movie in the market place for weeks, and it paid off,” Fox distribution chief Chris Aronson said. “Parental Guidance” has taken in about $70 million since opening on Christmas Day.

The trend won't end any time soon. After this Super Bowl weekend, both of the following week's wide releases – the Universal comedy “Identity Thief” and the Open Road Films crime drama “Side Effects” –  are rated R.

It won't be until Valentine's Day that things will change. On that Thursday, the PG-13 Warner Bros. drama “Beautiful Creatures,” the PG-13 Relativity romance “Safe Haven” and the Weinstein Company's PG animated film “Escape From Planet Earth” will all hit theaters. The latter will be the first kids film to hit the marketplace since Disney re-released "Monsters Inc." in December.

But those who like their film mayhem full-on needn't despair. Fox's Bruce Willis action film “A Good Day to Die Hard” opens that day, too. And it's rated R.