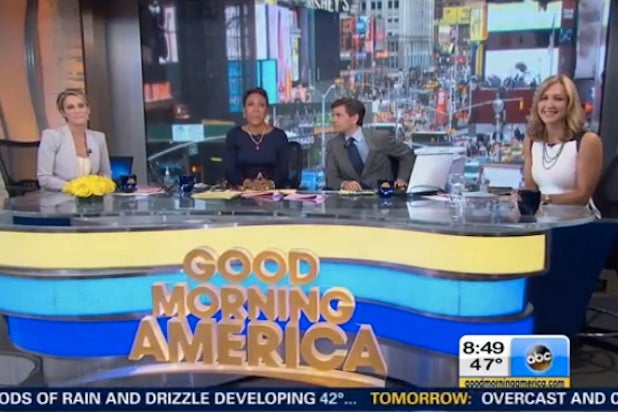 In a shock to no one, ABC’s “Good Morning America” has won its second straight season among the morning shows in both total viewers and the key demo.

It also took home 2014’s third quarter in the two main metrics, all without breaking too much of a sweat.

Here are the particulars: “GMA” pulled in 5.566 million total viewers on average over the past 12 months, with 2.117 million coming from the advertiser-sought 25-54 demographic. “Today” averaged 4.871 total viewers this season and 1.966 million demo viewers.

That info is all per Nielsen’s most current data, which encompasses Live + 7 Day viewing habits. Of course, these live morning shows don’t get substantial lifts from delayed viewing.

Before the 2012-2013 season swapped the overall ratings rankings, NBC’s “Today” show had previously won in total viewers for 18 years in a row. For the demo itself, add another year onto that lengthy streak, which now feels like a distant memory.