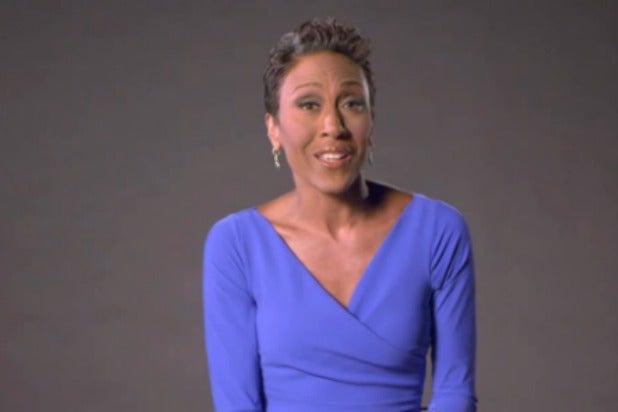 “I learned when I was first diagnosed with MDS that many in the transplant community consider the anniversary of their bone marrow transplant to be their new birthday,” she wrote in a blog post.  “Unlike my first first birthday — which of course I don’t remember — this time around I know I will never forget all the people who have reached out to me over the past year. Your words of encouragement, smiling faces, and prayers have carried me through the toughest times.  I know that I would not have made it to this milestone without you.

Roberts also recorded a new public service announcement for Be The Match, and debuted it on “GMA.”

Ross was first diagnosed with myelodysplastic syndrome in June of 2012, and took a medical leave from “GMA” to fight the disease. A year ago, “GMA” cameras followed her to a hospital where she was injected with millions of stem cells from her sister, Sally-Ann.

Roberts returned to “GMA” in February.