“I am going to be leaving ABC News in two months,” Harris said on air. “This was a difficult decision for me. As some of you may know, I’ve been spending a lot of time on my extracurricular gig, my side hustle, a meditation company, called Ten Percent Happier. It’s been a lot to juggle and even though I’m a public proponent of work/life balance, if I’m honest, I’ve struggled to follow my own advice.”

After 21 years at ABC News, Harris added that co-anchoring the weekend edition of “Good Morning America” “has been one of the highlights of my life. My colleagues, both on and off the air, have become like a family. I really do love these people, and I’m gonna miss them horribly.” 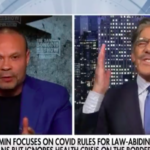 After suffering an on-air panic attack in 2004, Harris turned to meditation and soon became an advocate for the practice. That led to a 2014 book, “10% Happier: How I Tamed the Voice in My Head, Reduced Stress Without Losing My Edge, and Found Self-Help That Really Works – a True Story” as well as his own company, which includes a mobile meditation app as well as a podcast.

Since joining ABC News in 2000, Harris made a name for himself anchoring the network’s coverage of Hurricane Katrina in 2005. He then anchored “World News Sunday” from 2006 to 2011. He has served as co-anchor of “Good Morning America” weekend edition since 2010.

Watch his announcement below. 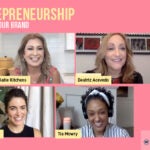 Also Read:
How Meditation Is Helping Tia Mowry Get Through Quarantine | Video