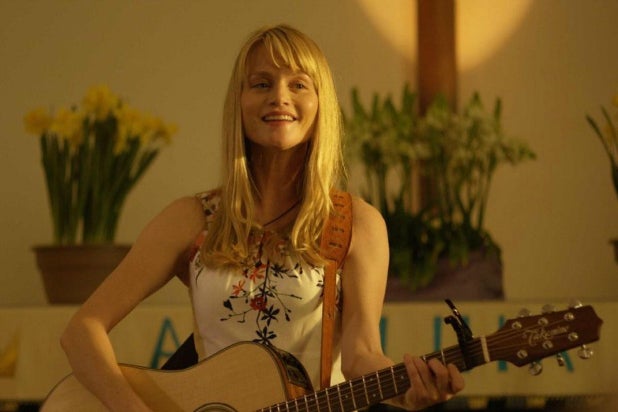 Best described as an unbalanced sample platter of vapid conservative beliefs, Harold Cronk’s “God Bless the Broken Road” is not concerned with disputing any of the preconceived notions coastal dwellers may have about Middle America, but rather leans into them shamelessly for a Christian drama squarely aimed at women and veterans.

Seemingly inspired by the eponymous song originally released by the Nitty Gritty Dirt Band in 1994 and further popularized thanks to country group Rascal Flatts in 2005, the faith-based narrative is the latest cash cow from the team that unleashed the vitriolic, Islamophobic and generally disturbing “God’s Not Dead” franchise. Both the original “God’s Not Dead” and its sequel were directed and co-written by Cronk and became bastions of Evangelical propaganda with combined box-offices grosses of over $80 million. He was, however, not directly involved with this year’s much less successful third installment.

Advantageously set in small-town Kentucky, “Broken Road” first introduces us to Amber Hill (Lindsay Pulsipher, “True Blood”) while she rejoices in her blissfully constructed reality as a housewife and devoted mother with a husband in the military. Amber couldn’t ask for more: her pre-teen daughter Bree (Makenzie Moss, “Steve Jobs”) is a cheerful churchgoing kid and her God-given musical talent allows Amber to direct the congregation’s choir.

But as it turns out, being the victim of a major calamity is the only path to truly understanding how much the omnipresent power in the clouds cares for you. Ambushed in Afghanistan during the film’s inessential battle sequence pandering to its target audience, Sgt. Hill (Liam Matthews) tragically dies a hero. Totally on brand, the production made sure to have enemy fighters repeatedly yell “Allahu Akbar” during said action scene, just in case there was any doubt about the identity of the villains in their eyes.

Two years later, Amber is still recovering from the devastating loss. She’s been uprooted from her place of comfort and propelled into the workforce out of financial need. Though Bree continues to engage with church folks at mass and Sunday school, Amber no longer attends. Her once unwavering faith has morphed into anger towards a God that promised blessings and delivered misery. Long hours as a waitress at the local diner, a nagging ex-mother-in-law (Kim Delaney), and the very real possibility of losing her home dishearten her. “I’ve got this,” Amber tells friends, even if her circumstances are evidently dire.

Also Read: 'God's Not Dead 2' Is a 'Sad Little Prison of a Movie' and 6 Other Sacrilegious Reviews

See, the thing is that, no matter how resilient and industrious she is, the movie explains, unless she returns to Christ, more terrible punishments will come her way. Moving on in this universe doesn’t mean Amber finding a new career or starting her own business to be self-sufficient and provide for her child. According to “Broken Road,” only through a new man can she be granted such stability and fulfillment. Luckily, stock car race driver Cody Jackson (Hallmark Channel staple Andrew W. Walker), a wholesome daredevil and a prime masculine role model, is up for the task of saving the female lead from her disgrace as a single mother.

In Cronk and Jennifer Dornbush’s cluttered screenplay, Cody gets his own subplot about trying to get back to racing following a hair-raising crash. It goes nowhere profound and leads to an unsurprising resolution. On a similarly inconsequential vein, one of Sgt. Hill’s comrades injured in combat with him, Mike Nelson (Arthur Cartwright, “Do You Believe?”), comes to town to tell Amber the truth about her husband’s death. Instead of reading as a heartfelt, standout instance, their encounter gets buried under the million other loose ends fighting for attention.

Let’s not forget that young Bree is also used as the vehicle to transform a biblical parable into a literal lesson: she is given a mustard seed, which she names Matt, and blindly believes it will grow. “Matt the Mustard Seed” succeeds at being the least irritating character on screen. Poor Amber only gets a cathartic moment when she questions her God by desperately screaming outside her church, yet her neighbors’ indisposition to help her in meaningful ways is never questioned. No one offers to lend her money to alleviate her burden even when they know that’s her current struggle. One can only guess this aligns with conservatives’ principle of hard work over handouts.

To be fair, Pulsipher’s turn is, in fact, moving. There’s an internalized pain she is able to translate into physical mannerisms and facial expressions. We believe in her distress, if not in the character’s problem-solving skills. No one among the rest of the cast members (many of whom have worked with Cronk before) is insufferable enough to single out, but neither are they praiseworthy.

Putting “Broken Road” into perspective, it’s safe to say that the absurdity and outrageousness in “God’s Not Dead” has been toned down this time around. There are no atheists dying on the streets or a farfetched trial that would make Trump fans salivate. Still, what remains unchanged about the director and his team is that craftsmanship is obviously not a critical concern for them. A convoluted plot leaking sappiness, in-your-face preachy dialogue, and TV-movie-style lighting are adequate, so long as its bigoted message is getting out there. “God Bless the Broken Road” is subtler than its predecessors, but that’s not saying much.