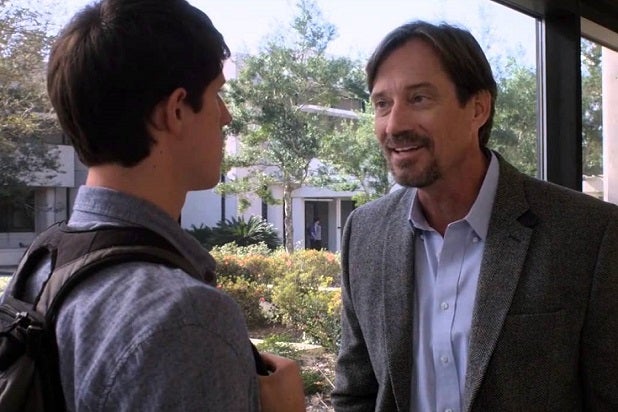 The people behind the faith-based film “God’s Not Dead” might want to start praying.

Pure Flix Entertainment and its co-founder, David A.R.White, have just been slapped with a lawsuit over the 2014 hit — and the plaintiffs are asking for an ungodly sum.

In the lawsuit, filed in federal court in California on Monday, screenwriters Kelly Monroe Kullberg and Michael Landon Jr. claim that “God’s Not Dead” is a ripoff of their screenplay “Rise.”

Also Read: 'God's Not Dead 2' Is a 'Sad Little Prison of a Movie' and 6 Other Sacrilegious Reviews

According to the complaint, “Rise” tells the story “of a freshman at Harvard facing an environment hostile to her Christian faith.” he student then debates her professor three times on whether God exists.

The complaint notes numerous alleged similarities, stating, “The theme, set-up, opportunity, turning point, change of plans, complications, set back, final push, climax and aftermath of the ‘Rise’ screenplay and the ‘God’s Not Dead’ motion picture are the same.”

According to the suit, “God’s Not Dead” has drawn in more than $140 million worldwide, and Kullberg and Landon are looking for the lion’s share of it, seeking “an amount exceeding $100 million.”

A spokesman for Pure Flix has not yet responded to TheWrap’s request for comment.