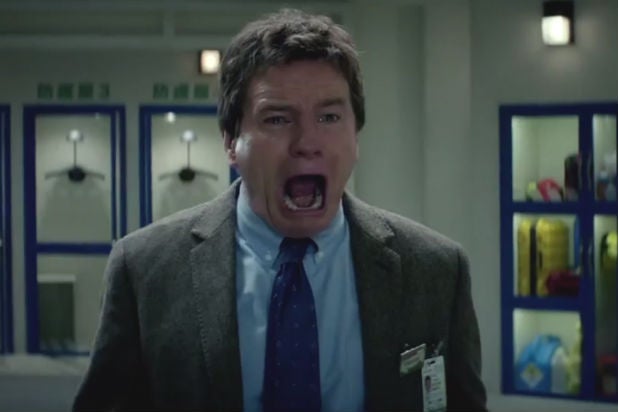 On the heels of “Godzilla’s” badass IMAX poster, Legendary and Warner Bros. dropped a new Japanese trailer and TV spot Thursday for the summer tentpole.

The new videos keep glimpses of the titular monster to a minimum, emphasizing more on the human element – especially Bryan Cranston, who reacts to something terrifying off-screen with one hell of a scream.

Actor Ken Watanabe is more front and center in these ads than in the domestic ones, naturally, as we learn more about the monster’s atomic-testing origins. We also get more looks at the massive destruction caused by the beast, especially quick shots of Godzilla stomping down on an airport and standing in the middle of burning everything.

The film, directed by Gareth Edwards, hits U.S. theaters May 16.

Watch the trailer, then the TV spot, below.