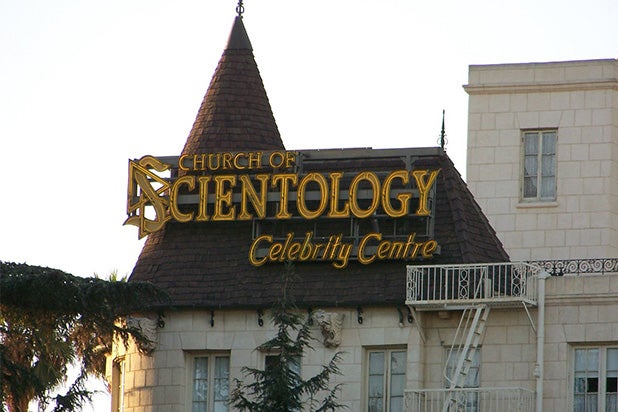 “Going Clear,” the new documentary about the Church of Scientology, premiered on HBO Sunday, and Hollywood has flocked to social media to voice support for the film, as well as their concerns about the religion some former members describe as a cult.

Directed by Oscar winner Alex Gibney, and based on the book of the same name by Lawrence Wright, the film takes an in-depth look at the religion launched by science fiction author L. Ron Hubbard. “Going Clear” not only presents a detailed history of the tax-exempt organization, but features former Scientologists who allege serious abuse and mistreatment at the hands of the Church’s senior leadership, including leader David Miscavige.

Gibney claims that those who appeared in the documentary have been threatened with violence. “A major thing the church got by on for many years was intimidating people into silence, based on their threats of litigation and brutish psychological games,” Gibney said in an interview with TheWrap.

The Church denied this, and all claims made in the documentary, in an exclusive statement to TheWrap. “Alex Gibney is proving to be exactly like the sources in his film–no accusation is too irresponsible to make. It doesn’t matter if he lacks corroboration and proof, it’s all about promoting his movie,” the statement reads.

Take a look at the tweets, below.

Between Miscavige & Durst, @HBO is really killin it on the crazy rich white dude front… #GoingClear

A couch of people is sitting here in stunned silence #GoingClear (the book is great too) @lawrence_wright @alexgibneyfilm — Haley Joel Osment (@HaleyJoelOsment) March 30, 2015

#goingclear is a terrifying look at the fallibility of the human mind. “To find yourself, think for yourself.”- Socrates

Thank you to the brave who did something about it. And to those who didn’t have a voice, you do now. #GoingClear — Leah Remini (@LeahRemini) March 30, 2015

Not feeling great about HEY LA DI LA HEY LA DI WE STAND TAAAAAAALL being stuck in my head as I drift off to sleep. #GoingClear

This is crazy!! #GoingClear @HBO

@HBODocs @HBO @alexgibneyfilm #GoingClear is fascinating and terrifying. Everyone should see it.

Last night’s HBO doc #GoingClear got me so upset I’ll be spending the rest of today clinging to my e-meter.

“@HBODocs: #GoingClear is now available at @HBO On Demand and #HBOGO. Pass it on.” I loved this film – amazing work @alexgibneyfilm — Morgan Spurlock (@MorganSpurlock) March 30, 2015

Hope I have time to watch #GoingClear before my free personality test tomorrow.

David Miscavige is like if Draco Malfoy became headmaster. #GoingClear