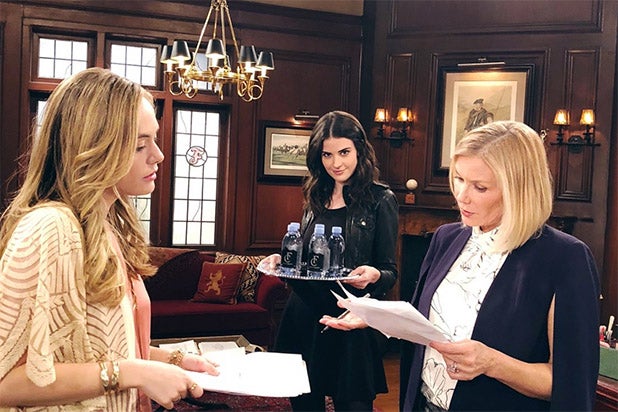 Cuthbert, the model who went viral for stunting on the Golden Globes red carpet earlier this month, has booked a guest-starring role on CBS’s “The Bold and the Beautiful,” the show announced on Instagram last week. Cuthbert is set to appear in the show’s Feb. 6 episode.

“Look who was on the #BoldandBeautiful set today!” the show wrote in the post, featuring Cuthbert holding trays of water and photobombing the show’s actors on set.

Cuthbert drew attention at the awards show when she was photographed standing behind a number of celebrities on the red carpet, posing for the cameras with bottles of Fiji water.

She is also set to play a model on the CBS soap as the character Raine, described as “a Forrester Creations model.” Further details about her role were not available.

Thank you to the lovely folks of @boldandbeautifulcbs for having me yesterday!

Look who was on the #BoldandBeautiful set today! ???? #ifyouknowyouknow