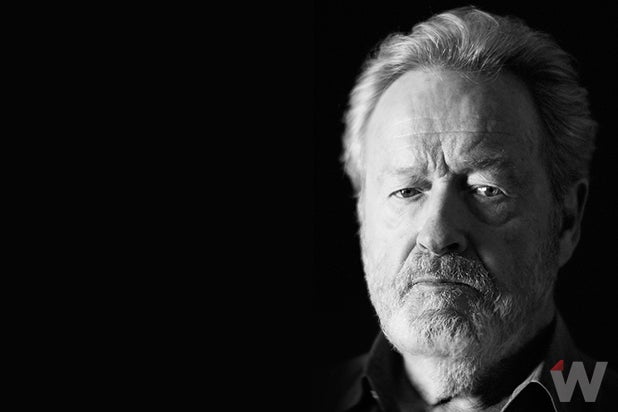 The Hollywood Foreign Press Association preferred big movies to little ones, they weren’t particularly driven by diversity and they’ve forgiven Ridley Scott for mocking them when they named his sci-fi drama “The Martian” the best comedy of 2015.

Those were some of the lessons from the 2018 Golden Globe nominations, along with  the surprising muted reaction to Jordan Peele’s “Get Out” and the complete dismissal of “The Big Sick.”

The latter film didn’t land a single nomination, though ones for screenplay, lead comedy actor (Kumail Nanjiani) and Best Motion Picture – Comedy or Musical seemed likely, and one for supporting actress Holly Hunter seemed all but inevitable.

“Get Out” did land in the Best Motion Picture – Comedy or Musical category and it did receive a surprise nod for lead actor Daniel Kaluuya. But Peele missed out for nominations for directing and writing, the latter of which had seemed to be a safe bet.

He might have been hurt by appearing to scoff at the HFPA’s decision to accept his social thriller/horror film as a comedy (though his distributor, Universal, submitted it that way, presumably with his permission). But the organization was just fine with another director who’d done that even more blatantly, Ridley Scott.

Scott, who made a joke about “The Martian” being classified as a comedy on the Globes two years ago, snuck in under the wire with his new cut of “All the Money in the World,” showing the HFPA a rough cut on December 4 only days after he reshot all of disgraced co-star Kevin Spacey’s scenes with replacement actor Christopher Plummer.

Not only did Plummer get a nomination, so did lead actress Michelle Williams and Scott himself, who grabbed a Best Director slot that had seemed destined either for Peele, Greta Gerwig (“Lady Bird”) or Luca Guadagnino (“Call Me by Your Name”).

The result was a relatively monochromatic look in a category to which Peele or Gerwig had been expected to add at least a modicum of diversity, with Mexican director Guillermo del Toro (“The Shape of Water”) sharing the spotlight with Scott, Christopher Nolan (“Dunkirk”), Steven Spielberg (“The Post”) and Martin McDonagh (“Three Billboards Outside Ebbing, Missouri”).

Of the movies expected to contend for the top Oscar, “The Shape of Water” and “The Post” and “Three Billboards” did well, “Lady Bird,” “Call Me by Your Name,” “Dunkirk” and “Mudbound” did acceptably and “Phantom Thread,” “Darkest Hour” and “The Florida Project” did the minimum they could have expected from an organization that was perhaps never going to full embrace them.

“The Shape of Water” maintained its position as the film likely to land the most Oscar nominations, but it still faces hurdles to become a true front-runner in a wide-open year. “The Post” is the safe, classic choice, but it may lack the charge that “Shape” or “Three Billboards” has.

Joe Wright’s “Darkest Hour,” meanwhile, might have been hurt the most by only receiving a single nomination for best-actor front-runner Gary Oldman, since that period drama seemed tailor-made for more noms. And if Bill Condon’s live-action “Beauty and the Beast” had any hope of sneaking into the Oscar best-pic race, it probably would have needed to first get some love from the HFPA, where some thought it could be a major player. Instead, it joined “The Big Sick” on the shutout shelf.

But it’s not as if the Oscar voters will be paying much attention; at most, Monday’s results might nudge a handful of them to put on their screeners of “The Disaster Artist,” which received two nominations, or “The Leisure Seeker,” a little-seen Paolo Virzi film for which Helen Mirren received an unexpected nomination.

On the television side, meanwhile, the shocking omission of Julia Louis-Dreyfus and “Veep” just shows how eager the HFPA is to lead the Emmys rather than follow them — and if that means bypassing the queen of TV and the reigning champion in favor of new stars and new shows like Frankie Shaw and “SMILF” and Rachel Brosnahan and “The Marvelous Mrs. Maisel,” so be it.

And while nominations of Geoffrey Rush for “Genius” and Pamela Adlon for “Better Things” (co-created by Louis C.K.) showed that voters weren’t going to shun everything that might be under the shadow of sexual-misconduct allegations, the TV categories were also where voters put their feet down and refused to give a single nomination to former Globe stalwarts “House of Cards” and “Transparent.”

It remains to be seen whether HBO will pay a price for announcing a second season of “Big Little Lies” immediately after Globes voting closed. That announcement might have caused the HFPA to reconsider whether the first season belonged in more competitive drama-series categories rather than the limited-series categories where it dominated.

In the end, the roster of nominees showed the HFPA as a slightly idiosyncratic but mostly mainstream group of voters who have their faves (Mary J. Blige at the top of this year’s list with supporting-actress and song noms) but rarely come up with the kind of cringeworthy nominations for which they were once known.

The Screen Actors Guild will chime in on Wednesday with its own nominations and its own biases and favorites. And an odd, unsettled awards season will lurch onward.