Though the Golden Globes went virtual this year, Hollywood’s stars still went all out with their awards show fashion. At least, most of them did.

While most of the celebs took the show as a reason to dress up — or even just to wear actual pants — some took full advantage of the event being virtual this year and dressed as they would for any other night in. For the most part, it was the male attendees who opted to go casual for the awards, but there were a few women who embraced function over fashion.

Check them all out below. 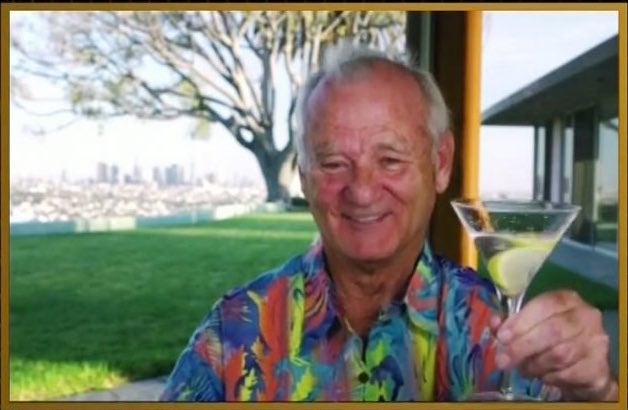 Arguably no one was comfier at the Golden Globes than Bill Murray. Sitting in what looked to be his backyard and sipping a martini, Murray rocked a very bright Hawaiian shirt. He didn’t win his category, but he was more than happy to offer a quick “Cheers” to Daniel Kaluuya, who won the first award of the night for Best Supporting Actor. 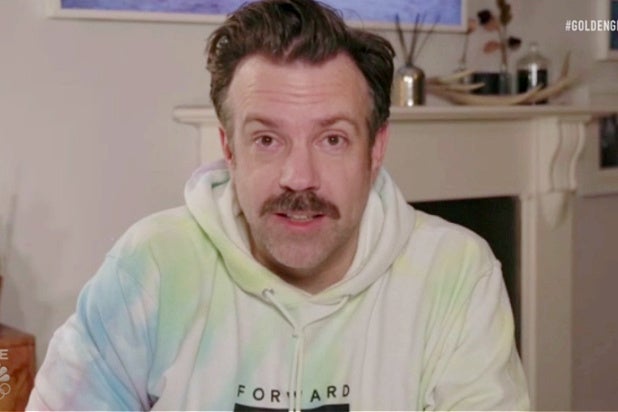 Jason Sudeikis dressed a little warmer than Bill Murray, opting to rock a tie-dye hoodie. Host Tina Fey later called out his fashion choice, joking “If anybody wants to know where they can get Jason Sudeikis’s hoodie, go to NBC.com, backslash Globes Fashion.”

As it turns out, the hoodie actually comes from Sudeikis’ sister’s company, Forward Space. “It’s my sister’s dance and workout place in New York,” Sudeikis revealed during the show. “I believe when people that you care about do cool, interesting things, that you should support them. So this is no different than that. I have a multitude of hoodies I could have worn but this one seemed the most appropriate.”

So yes, the plan was always to wear a hoodie. But this one was extra special for Sudeikis. 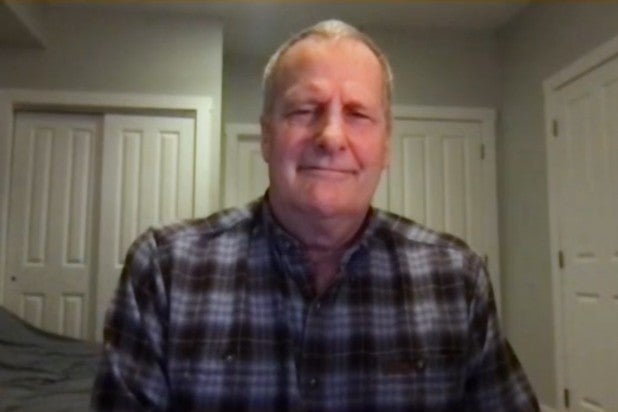 Like Sudeikis, Jeff Daniels went for long sleeves, but a little more formal than a hoodie. Daniels sported a button-down flannel, prompting some fans to joke that his fashion designer of choice was T.J. Maxx. Daniels himself leaned into the jokes circulating on Twitter, posting a photo of some of the tweets calling him out alongside his congratulations to Mark Ruffalo for winning the category.

Congrats to Mark Ruffalo and a special thanks to the #Golden Globes for allowing me to fulfill a life long dream of going to an Awards Show wearing Carhartt. pic.twitter.com/ATgRZmoPzl 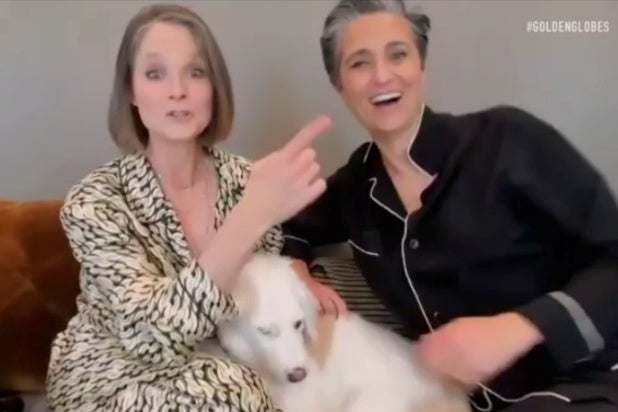 Foster was one of the few women who dressed down for the evening, accepting her award in pajamas. Foster was comfortable in her home, sitting alongside her partner Alexandra Hedison (who was also in pajamas) and their dog. It’s possible she was hosting a full-on pajama party, as a group of her friends could be heard celebrating her win in the background, but they were not seen. 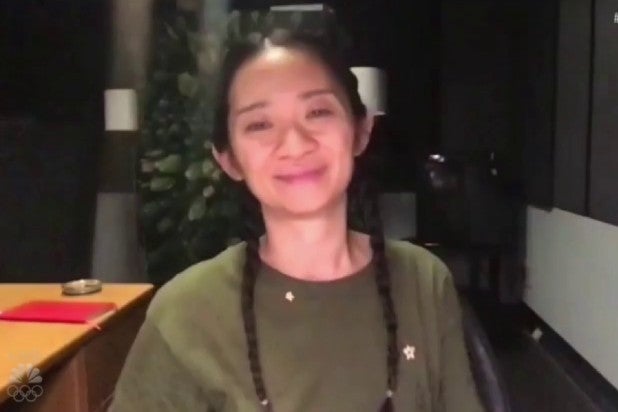 Zhao took home the Golden Globe for Best Director for “Nomadland,” making her just the second woman to win the award since Barbara Streisand, 38 years ago in 1983. Equally as iconic? Her outfit for the night was a simple green t-shirt, and she wore her hair in braids. 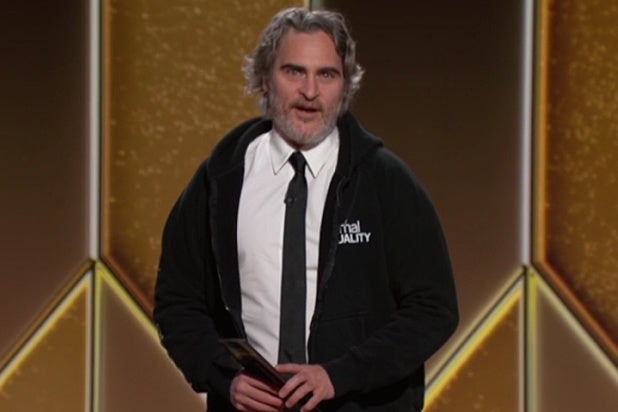 Finishing off the night came Joaquin Phoenix. Presenting the award for Best Picture, Phoenix came out wearing jeans, sneakers and a zip-up hoodie. To his credit, Phoenix did wear a tie to the event, embodying “business casual” in the truest sense.