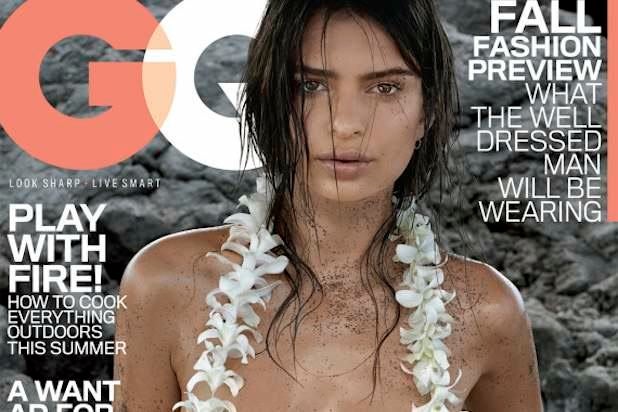 According to GQ, model-turned-actress Emily Ratajkowski — the 23-year-old who became famous for dancing topless in the “Blurred Lines” music video — “is fast proving that she’s more than just a sexy distraction.”

For starters, she posed topless on the magazine’s latest cover.

Well, she’s theoretically going to be known for her acting once David Fincher‘s next thriller, “Gone Girl,” hits theaters on Oct. 3, so maybe that’s what they’re talking about.

Until then, here is Ratajkowski posing as a sexy distraction again: