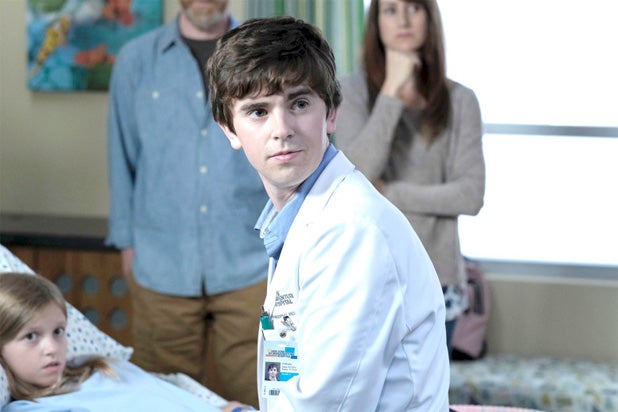 ABC has given a Season 2 pickup to the Freddie Highmore medical drama “The Good Doctor,” the network announced on Wednesday.

The show, from “House” creator David Shore, was the clear breakout hit of the season, debuting as the most-watched new drama last fall.

“‘The Good Doctor”s message of inclusiveness resonates with our viewers and is a hallmark of what we aim to accomplish here at ABC,” said Channing Dungey, president, ABC Entertainment. “This series has quickly joined the zeitgeist and broken records in the competitive television landscape. We are thrilled to announce that Dr. Shaun Murphy will be back for another season.”

Also Read: 'The Good Doctor' vs 'The Resident': The Tale of the (Surgical) Tape (Infographic)