In this morning’s roundup of movie news ‘n’ notes from around the web, Cannes looks to some big directors, and exhibitors embrace some big prices.

Anne Thompson says that among the films likely to show up at the Cannes Film Festival are Oliver Stone’s “Wall Street: Money Never Sleeps” (his first Cannes film), Woody Allen’s “You Will Meet a Tall, Dark Stranger” and, if the director is inclined to finally unveil it, Terrence Malick’s “Tree of Life.” Ridley Scott is already on board with “Robin Hood,” which occupies the commercial-movie-whose-quality-is-irrelevant-because-it’s-playing-out-of-competition slot that Cannes often likes to fill. (Thompson on Hollywood)

Patrick Goldstein wonders if theater owners are “killing the golden goose” by jacking up ticket prices for 3D movies, increases that took place at many theaters last Friday. “In the long run,” he says, “I think it’s always better to have customers who think they’re getting a great deal than customers who think they’re being ripped off, even if the ones who think they’re being ripped off are paying an extra 20% at the box-office window.” I couldn’t agree more – though my attitude might be colored by the fact that I just saw “How to Train Your Dragon” at the AMC Century City theater, where the theater charged a full $7 more (that’s 52 percent, not 20 percent!) for a faux Imax presentation that was nowhere near impressive enough to justify the $20.50 price tag. (The Big Picture) 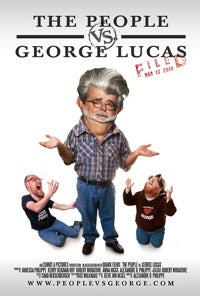 Is George Lucas really “the most hated filmmaker in America?” That’s what Salon suggests in the headline of Paul Hiebert’s interview with Alexandre O. Philippe, director of the documentary “The People vs. George Lucas.” “What’s it like when you’re this young rebel filmmaker who is fighting against the system and creates this one thing that becomes so powerful that it takes over your life, and suddenly you find yourself at the head of this billion-dollar empire?” Philippe says. “Would any of us have done any differently?” Well, yeah, probably, but those billions do have a way of changing one’s point of view. (Salon)

To coincide with the release of “Waking Sleeping Beauty,” Don Hahn’s terrific documentary about the revival of Disney animation in the late 1980s, Matt Singer proposes “five more Disney documentaries we want to see (but probably never will).” They never will because Disney would never allow access to its footage for these particular stories – but he’s right, they’d make for some fascinating docs. Among his suggestions are the disastrous one-year run of Michael Ovitz as Disney chief Michael Eisner’s second in command, a debacle that ended in a $130 million severance package for Ovitz and a shareholder lawsuit for Eisner and the Disney board; the politics of Walt Disney, who may or may not have been anti-Semitic but was certainly a rabid anti-Communist crusader; and the story of “Song of the South,” the 1946 Disney musical that’s long been withheld from any form of re-release because of its insensitive racial portrayals. While we’re conjuring up pipe dreams, I’d suggest a sequel to “Waking Sleeping Beauty” as well – this one about how Disney animation began to slip in the late ‘90s, until control was handed over to the Disney-owned Pixar, which itself has enjoyed a run of success that has outlasted the one Hahn covers. (IFC)

“It may be hard to imagine how someone could make a feature-length romantic comedy in New York City for just under $15,000,” writes Larry Rohter, who explains how the makers of “Breaking Upwards” did just that. The story involves free crew members recruited from Craigslist, homemade dolly tracks, editing handled on a TV screen in the director’s living room, and all the free, social-media promotion they could muster. (The New York Times)