In this morning’s roundup of movie news ‘n’ notes from around the web, 3D takes some hits, while festivals gear up and hand out awards.

In a review of “Clash of the Titans,” Ain’t It Cool News’ Massawyrm sums up the problems that can arise when you take a movie that’s already been shot and convert it to 3D in the post-production process: it looks too dark and too artificial, with quick cuts that would be fine in 2D but don’t give the brain time to process the 3D environment. “There is a real, honest to god reason people like Michael Bay are resistant to 3D – because it changes the way you are allowed to make movies,” he says. “You have to frame them differently; color them differently; edit them differently. You cannot just take any old film and add 3-D to it, just like you can’t take any old Black & White film and colorize it.” Tell that to every major studio in Hollywood, all of whom are eyeing those $20 admission prices and ordering up 3D conversions on every film with a big budget or a handful of action scenes. (Ain’t It Cool News) 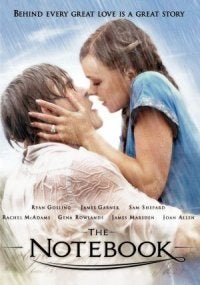 John Horn looks at post-production 3D conversions, concedes that the word on “Clash of the Titans” is not good, and throws in a quote from James Cameron about how studios are “getting it wrong” in their rush to convert movies that shouldn’t be converted. But Warner Bros.’ domestic distribution president talks up the decision (“I really think it was the right thing to do”), and“Titans” director Louis Leterrier says he was skeptical but won over by the result. Of course, they have to say that. (Los Angeles Times)

The Internet Movie Database has figured out the secret to marketing a Nicholas Sparks movie: the “Romantic Head Squeeze.” Turns out the key images from advertising for “The Notebook” (left), “Nights in Rodanthe,” “Dear John” and the new “The Last Song” (below right) all use variations on the same soulful gaze, which clearly isn’t complete without a pair of hands placed on both sides of the beloved’s cranium. After all, asks the IMDb, “what else can great lovers do, when they find out their romance is doomed, but to take each other’s face in their hands? Usually while in water or near it?” I think what they really mean to ask is “What else can studio marketing departments do but copy what was done on the last movie?” (IMDb) 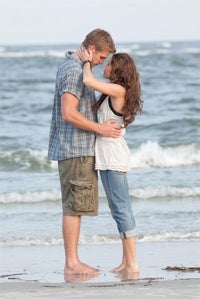 Also on the Festival beat, the Indian Film Festival of Los Angeles announces its program. The six-day festival kicks off on April 20 with the Los Angeles premiere of Dilip Mehta’s comedy “Cooking with Stella.” It’ll also include the “Bollywood by Night” series of films, one of which is the 20th anniversary screening of “Ashes to Ashes (Raakh Redux)”; “Harishchandrachi Factory,” India’s official Oscar entry in 2009; and a closing night gala screening of the Australian film “The Waiting City,” directed by Claire McCarthy and starring Radha Mitchell, Joel Edgerton and Samrat Chakrabarti. (IFFLA)

The Tribeca Film Festival, meanwhile, is getting its own daily magazine. TFF has teamed up with IMG Publishing to put out The Daily Tribeca during the April 21 – May 2 run of the festival; the press release calls it “an oversized glossy,” which sounds a little fancy for a festival devoted to independent film. The model, apparently, is IMG’s Daily Front Row, which comes out during New York’s Fashion Week and provides, it says here, “an exhilarating mix of authoritative reporting, thrilling visuals,” and, um, “scintillating dish.” (Tribeca Film Festival) (IMG Publishing)