In this morning’s roundup of Hollywood news ‘n’ notes from around the web, Cannes goes classic, films need scale, and piracy moves to the back room.

Cannes: it’s not just about new movies anymore. Since 2004, the Cannes Film Festival has presented an array of “Cannes Classics”; this year’s lineup, announced on Tuesday, runs from Jean Renoir to Alfred Hitchcock. Among the selections: Renoir’s “Boudou Saved from Drowing,” Luis Bunuel’s “Tristana,” Luchino Visconti’s “The Leopard” (below), Volker Schlondorff’s “The Tin Drum,” John Huston’s “The African Queen,” and Hitchcock’s “Psycho.” The full list is at the Cannes website. 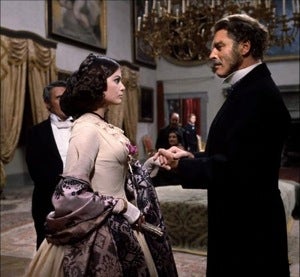 David Bordwell looks at the future of the film business – movies opening worldwide, then moving quickly to Video-on-Demand, DVD and iTunes, winding up on “hundreds of thousands of hard drives around the world” – and concludes that one of the results will be to increase the importance of film festivals. At the end of lengthy explorations of “Apocalypse Now Redux,” “Munyurangabo” and “The New Age,” all of which screened at the recent Ebertfest in Illinois, he presents a persuasive and nicely-phrased thesis: “To come fully into history, I’m convinced, a film needs scale.” (David Bordwell’s website on cinema)

Pirated movies may be a worldwide scourge if you ask the MPAA, but in Shanghai you’ll no longer find the illegal discs filling the shelves of the city’s many video stores … unless you know where to look. The New York Times reports that in anticipation of the estimated 70 million visitors that may arrive for the upcoming World Expo, government inspectors ordered shops to “stash away” their pirated movies and music – whereupon nearly every store created a hidden back room, to which clerks readily guide customers, and in which they continue to sell pirated goods. The government says it’s aware of the rooms and not happy about them, but vehemently denies that city inspectors encouraged the subterfuge. (New York Times)

“I’d rather have $3 million and my ending than $10 million and not my ending,” says director Nicole Holofcener, who tells indieWIRE about working with small budgets, shaving costs and surviving in Hollywood as a quintessential indie outsider. But the conversation with Anthony Kaufman doesn’t focus on the ending of her new movie, “Please Give,” which screened at Tribeca this week; it’s more interested in the beginning, a montage of naked female breasts chosen because the first scene is set in a mammogram office. “I thought this was going to be a hilarious and jarring opening that nobody sees and that nobody dares put on screen,” Holofcener says. (indieWIRE)

The Palm Beach International Film Festival – yep, there’s a film festival in Palm Beach – just concluded, and announced its prize winners. The Best Feature Film award went to Debra Granik’s Ozarks noir drama “Winter’s Bone,” which has been getting positive reviews since it screened at Sundance and SXSW. “The Desert of Forbidden Art” took the prize for Best Documentary Feature. The full list is at the PBIFF website, and the press release helpfully provides quotes from the jurors to explain why the winning films were chosen. Of “Winter’s Bone,” for instance, one commented, “a straight up, no chaser slice of life ‐ messy, difficult, and sometimes shocking.” (Palm Beach International Film Festival)