In this morning’s roundup of movie news ‘n’ notes from around the web, Miramax entertains suitors, “Love Ranch” sees daylight, and the Producers Guild creates a new job.

Ann Thompson offers her take on the three offers for Miramax. She’s hoping that Disney goes for the one from Ron Burkle’s Yucaipa, which would bring Harvey and Bob Weinstein back to the company they founded. “Anyone else,” she says, “will basically pillage and plunder the properties.”  To her way of thinking, it’d be "absurd" to accept what has been reported to be the surprise third bid, from troubled financier David Bergstein’s Pangea Media.  But will Disney be willing to let the Weinsteins back in when their bid isn’t the highest of the three? This could get ugly … (Thompson on Hollywood) 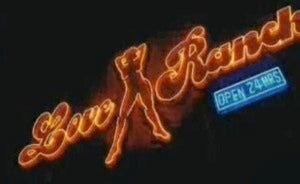 Speaking of Bergstein, the Taylor Hackford film “Love Ranch” has finally escaped his clutches and will be released in June. Alex Ben Block reports that the film, based on a New York Magazine article about Nevada’s first legal brothel, the Mustang Ranch, will be distributed by the Canadian company E1 Entertainment and will open in a small number of U.S. cities, with a possible expansion to follow if its initial reception is favorable. Previously, the $20 million Helen Mirren/Joe Pesci film had been acquired by Capitol Films, which Bergstein bought — but the film wound up in limbo when he defaulted on $8.8 million in loans that had been made using "Love Ranch" as collateral. (The Hollywood Reporter)

Don’t call it a film festival, but a new event called “Doc NYC” will be presenting a lot of non-fiction movies in New York City this November. The reason the organizers eschew the “film festival” tag is that the five-day Doc NYC will also showcase documentaries in other media, including radio, photography, spoken word, print and documentary comics. Documentarian and blogger A.J. Schnack explains that the festival will help beef up a lineup of post-Toronto doc festivals that at the moment isn’t nearly as hefty as the series of festivals that follows Sundance in January and February. (All These Wonderful Things)  And Thom Powers, one of the founders of Doc NYC and a principal in the “Stranger Than Fiction” documentary series that runs in New York, tells Brian Brooks, “One thing we’re excited about having is a festival that spotlights the wider nature of documentary storytelling.” (indieWIRE)

What are the things a filmmaker needs every day? The British film festival/workshop/resource company Raindance says it knows, lists them all, and adds an advertisement for its own services. The first five things an indie filmmaker needs, it says, are “a good mobile telephone,” “a good email address and website,” “a good laptop with a good battery,” a FLIP video camera, and social networking groups. Their list is complete with lots of links and assorted info, though it’s definitely UK-oriented. (Raindance)

That new Apple device you might have read about has helped spur the Producers Guild of America to incorporate a new title into its Producers Code of Credits: “Transmedia Producer.” The title applies to the person responsible for planning, development and production on a “transmedia narrative” project, which the PGA defines as “three (or more) narrative storylines existing within the same fictional universe on any of the following platforms: Film, Television, Short Film, Broadband, Publishing, Comics, Animation, Mobile, Special Venues, DVD/Blu-ray/CD-ROM, Narrative Commercial and Marketing rollouts, and other technologies that may or may not currently exist.” That just about covers everything, doesn’t it? In the press release announcing the new title, PGA president Marshall Herskovitz comments, “As technology evolves, it’s no longer adequate to think of a project as simply a television show or a movie; we now understand that the audience will want to experience that content across several platforms – online, mobile, VOD, Blu-Ray, and now iPad – often with different or additional material.” A description of the new title is at the bottom of the Producers Code of Credits on the PGA site. (Producers Guild of America)