In this morning’s roundup of movie news ‘n’ notes from around the web, the trades fight to survive and “Avatar” sets more records.

Patrick Goldstein talks to Variety editor Tim Gray, who confirms that he’s told studios and agencies that if they give casting scoops to other entertainment websites that compete with his publication, Variety won’t put the news in its print edition. As Goldstein points out, the threat is unlikely to scare too many entertainment execs: “As it is, many of the younger studio executives, managers and agents in town probably haven’t seen a print copy of Variety in years, preferring to get their news from Web alerts sent to their BlackBerries.” Always nice to see Goldstein standing up for the Internet as it vies with Old Media – particularly since he’s spent years acting like a cranky O.M. rep yelling at the web-based kids who have the nerve to play on his lawn. (The Big Picture)

“The trades are fighting for their lives,” says Anne Thompson, who looks at Goldstein’s story and at the other ways in which reporting about Hollywood is being transformed by the Internet: “It’s about talk-back, linking and networking. Not about an insular Beverly Hills/Burbank corridor.” Variety, she points out, has not exactly shown any real understanding of that fact. (Thompson on Hollywood) 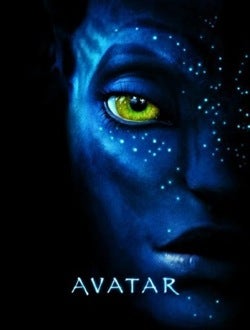 Steven Zeitchik wonders why the Academy moved the Oscars back to February, given the high ratings for this year’s March 7 telecast. But his attempts to find a link between the telecast date and the ratings don’t really hold up, at least not in the examples he uses: the ratings jumped more than 30 percent in 2004 not because of the move from March to February, but because the 2003 show took place the week that viewers were preoccupied with watching the war in Iraq, which had just begun, whereas the following year the big winner (and ratings-grabber) was the blockbuster “The Lord of the Rings: The Return of the King."  You can credit this year’s ratings to “Avatar” (left), not to March – and if next year isn’t as big, it’ll likely have nothing to do with the February 27 date, and everything to do with the fact that the Biggest Movie Ever Made isn’t in the running. (24 Frames)

Speaking of James Cameron’s behemoth, Carolyn Giardina takes a detailed look at how “Avatar” didn’t just enter uncharted waters at the boxoffice or in the art of motion capture and 3D, but also in the realm of post-production. The phrase “deliverables,” which used to refer to the prints shipped to movie theaters, now encompasses various digital formats – and in the case of “Avatar,” more than 100 different versions of the films were delivered to various theaters. Giardina runs down the stats: different versions for film, digital 2D and 3D and Imax; three different aspect ratios; “separate color grades at different light levels” to compensate for the darkening effect of 3D glasses; 90 subtitled and 59 dubbed versions in 47 different languages; and enormous headaches for 20th Century Fox, who turned all their facilities over to Cameron, and to the director himself, who stayed in a hotel next to the studio because he didn’t have time to go home during the final rush to make the release date. You’re probably aware that it all had a happy ending. (The Hollywood Reporter)

Movieline rounds up the Tribeca Film Festival contretemps it has dubbed “TrannyGate.” The festival booked the self-described “transploitation” film “Ticked-Off Trannies with Knives,” but this week the Gay & Lesbian Alliance Against Defamation (GLAAD) called for the film to be removed from the festival on the grounds that it “sensationalizes anti-transgender violence and misrepresents the lives of transgender women.” Whereupon the TFF pointed out that the filmmakers “provided a copy of this film to GLAAD in February, and for weeks the organization had been supportive to the filmmakers. In fact, GLAAD representatives advised the film’s producer, director and cast on how to describe the film to its core constituency.” (Movieline)