In this morning’s roundup of movie news ‘n’ notes from around the web, the movie business takes on piracy with one collegiate spy and a bunch of lawyers.

Warner Bros. in London is trying a new way to combat piracy: they’re looking to hire a college intern whose job will be to monitor the Internet for pirated files and illegal downloads. The Anti-Piracy Intern will have the job for a year and will make about $26,000 U.S.  I assume that a little hands-on experience with filesharing will not disqualify an applicant.   (The Guardian)

Meanwhile, the filesharing advocacy site TorrentFreak has posted this notice: “We encourage all eligible TorrentFreak readers to apply for this exciting internship and provide us with regular updates on Warner Bros’ anti-piracy efforts.” In other words, Warner Bros. wants a spy but TorrentFreak wants a double agent. (TorrentFreak) 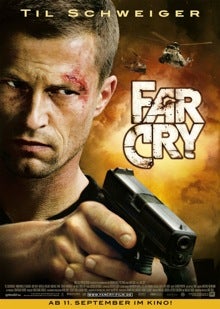 Working from information that was presumably not assembled by an intern, the U.S. Copyright Group has sued more than 20,000 movie torrent downloaders in the past few weeks, says the Hollywood Reporter. Jeffrey Weaver, an attorney for the group tries to make the whole thing sound like a new way of creative financing: "We’re creating a revenue stream and monetizing the equivalent of an alternative distribution channel.” Apparently, lots more lawsuits are in the works. The first 20,000 all deal with five movies, none of them particularly well-known: “Steam Experiment,” “Uncross the Stars,” “Gray Man,” “Call of the Wild 3D” and “Far Cry,” the 2008 action flick from the German auteur of awfulness, Uwe Boll.  (THR, Esq.)

The indieWIRE staff rounds up films that they’d like to see at the Cannes Film Festival – or, as they call it, the “annual cinematic Olympics” that draws selections from around the world. The list isn’t based on rumors or reporting, though – it’s a pure wish list that includes new work from Mike Leigh (“Another Year”), Julian Schnabel (“Miral”), Alejandro Gonzalez Inarritu (“Biutiful”), Darren Aronofsky (“Black Swan”), David O. Russell (“The Fighter”), Jean Luc Godard (“Socialisme”), Sofia Coppola (“Somewhere”) … and, um, Sylvester Stallone, who directs and stars in an action film, “The Expendables,” that is distinctly not the type of fare for which Cannes is known. (indieWIRE)

Cineuropa, meanwhile, sifts through the Cannes rumors and surmises that the competition for the Palme d’Or “will almost certainly include” the Leigh and Gonzalez Inarritu films, along with Terrence Malkick’s “The Tree of Life,” Stephen Frears’ “Tamara Drewe” and the Korean films “Poetry” and “The Housemaid.” The full lineup will be announced on April 15. (Cineuropa)

The Los Angeles Times is still enormously interested in the accuracy of a cinematic portrayal of the war in Iraq. But now they’ve moved on from writing that story about “The Hurt Locker” to doing it about Paul Greengrass’ “Green Zone,” which is in its third week of release but has not done particularly well at the boxoffice. The expert that John Horn calls in is Brian Siefkes, who served in Iraq and Afghanistan and also has a role in the film as the driver and technical consultant for Matt Damon’s character. His take: “Since this film, my friends and family have all been asking me the same question, ‘How much of ‘Green Zone’ was true?’ The short answer is very little.” But he essentially liked the movie anyway. In other words: it’s fiction, just like most movies. In the unlikely event that “Green Zone” becomes a Best Picture frontrunner, you can expect lots more of these stories from the Times. (24 Frames)