In this morning’s roundup of Oscar news ‘n’ notes from around the web, the Internet is aflutter over Mo’Nique’s decision to skip the New York Film Critics awards.

It started when Tom O’Neil learned that “Precious” star Mo’Mique had decided not to attend the January 11 awards banquet for the New York Film Critics Circle, who have named her best supporting actress. Buoyed by an email from an anonymous member of the group, who made an unsubstantiated accusation about the reason for the snub (which Mo’Nique’s representative says was due to a conflict between a previously-scheduled family vacation and the taping of her TV show), O’Neil detailed Mo’Nique’s reluctance to campaign vigorously.  (Gold Derby)

“Many Oscar gurus believe Mo’Nique may be ruining her Oscar hopes” with her actions, he wrote.

The next day, he followed up with an item detailing the response of a few NYFCC members, including Thelma Adams’ comment, “more snacks and drinks for us, and more available seats for more congenial people.” 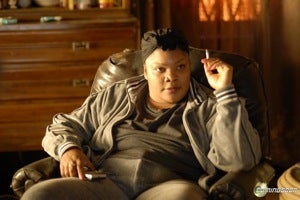 When O’Neil emailed a link to his column to about a batch of, to use his words, “Oscar gurus,” it caused flurry of emails within the Oscar blogger community.  The majority of the emails supported Mo’Nique’s right not to cut her vacation short or delay her taping to attend the NYFCC event, and decried the member casting anonymous aspersions.

Most of the emails were not made public – but Jeff Wells, for one, posted his take at Hollywood Elsewhere, where he ripped into Mo’Nique and said that comments and criticisms about her “are coded and calibrated through the filter of white guilt.”

David Poland, meanwhile, devoted a Hot Blog item to the brouhaha, calling it “the first serious smear campaign of the season,” and laying the blame at the feet of O’Neil and the anonymous NYFCC member who spread the news. (The Hot Blog)

1) For the most part, the Academy won’t care. Snubbing film critics isn’t an actionable offense; in fact, it’s something that most AMPAS voters have probably wanted to do many times over the years.

2) Besides which, many members of the Academy won’t mind if she snubs every other awards show and critics group in existence. In fact, that Academy would love it if she refused to attend all the others. They know she’ll be at the Oscar show – let’s face it, pride and Oprah won’t let her miss that one. And if that’s the only show she attends, it’ll just make the Oscars seem that more special, and reinforce that it’s the only awards show that really counts.

Is she “ruining her Oscar hopes?” Hell, if this is the worst she can do, I think she might be improving them.

Now, if she really does something to prove that she just cares about money and disdains all honors, maybe some voters will change their minds (in the final vote, not the nominations, where she’s still an absolute lock). But despite some the anonymous sniping and the opinions of a few “Oscar gurus,” she’s still a long way from doing that.