In this slow holiday weekend’s roundup of Oscar news and notes from around the web, will “Avatar” usher in the end of storytelling, or the rebirth of capitalism?

Time’s Richard Corliss tallies the results of 21 critics polls and gives the results: “The Top Films of 2009, if Film Critics Ran the Oscars.” No mystery as to the winners: it’d be “The Hurt Locker” over “Up in the Air” for best picture, Kathryn Bigelow in a landslide over Jason Reitman for director, “Up in the Air” and “(500) Days of Summer” for the writing awards. For best actor, George Clooney would handily beat Colin Firth and Jeremy Renner; for actress, Carey Mulligan scores a narrower victory over Meryl Streep. And in the supporting categories, Christoph Waltz and Mo’Nique are way out in front of Christian McKay and Anna Kendrick. (Time) 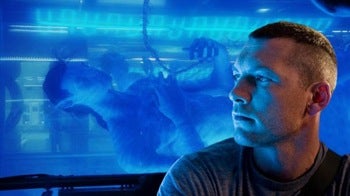 “If the American Dream is to thrive in the decade ahead,” writes Michael B. Laskoff on the Huffington Post, “that means that we must do better for ourselves in terms of health care, the environment, the use of energy and the way that we interact with an increasingly complex world.” By the way, he says this in a story about “Up” and “Avatar,” and why those two movies (both of which he likes) make him “strangely optimistic” about the future of capitalism. (Huffington Post)

Monika Bartyzel, meanwhile, looks at “Avatar” from a different perspective and asks a question: “By buying into this whole love-the-pretty-visuals bend, are we helping to end the art of storytelling?” (I think she means bent, not bend.) Ecstatic reaction to the film, she worries, sends “a loud and clear message to Hollywood that we don’t care if the story sucks as long as everything looks pretty.” I think she’s a little harsh (it’s not the story itself that sucks, exactly), though I do think the film has been overpraised. (Cinematical)

On Christmas, Sasha Stone likes to watch screeners with her family, to determine which films play well on TV (i.e., the way many Oscar voters will see them) and which need the scale of a big screen. Better on TV, she says: “Invictus.” Just as good on TV: “Crazy Heart,” “An Education,” “Precious,” “Up in the Air.” Better suited to the big screen: “Avatar,” “The Hurt Locker.” (Awards Daily)

A.O. Scott looks at the art of adaptation, and at stories that move from stage to film, and vice versa. His piece is prompted by seeing Ingmar Bergman’s “Smiles of a Summer Night” the day after seeing the current Broadway production of “A Little Night Music,” the musical inspired by Bergman’s film – but it’s also timed to coincide with the recent release of Rob Marshall’s “Nine,” the adaptation of a Broadway show inspired by the Fellini movie “8 ½.” Scott is not kind to Marshall’s film, which has had a rough go at the boxoffice so far: “You don’t see that movie to see Penélope Cruz, Nicole Kidman, Sophia Loren and the rest act, much less sing. (If you are wise, you don’t see it at all.) You go for a spectacle of famous people pretending to agonize over, or maybe lampooning, what it means to be famous.” (The New York Times)