In this weekend’s roundup of Oscar news ‘n’ notes from around the web, Hollywood conservatives bash Al Gore, and “The Lovely Bones” hits the party circuit and wins fans.

Sasha Stone writes a wonderful appreciation of “The Lovely Bones” (below) that flies in the face of many early reviews but nicely captures why the film is so haunting and resonant in spite of its flaws. She also highlights This Mortal Coil’s luminous version of Tim Buckley’s “Song to the Siren,” which Peter Jackson uses to great effect at a crucial point in the film. (Awards Daily) 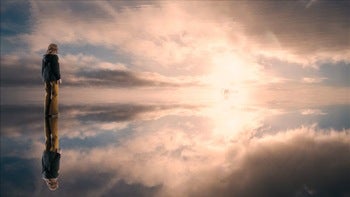 The L.A. Times reports on a pair of conservative Academy members, Roger L. Simon and Lionel Chetwynd, who have called upon the Academy to rescind the Oscar it gave to Al Gore for “An Inconvenient Truth,” because of recent emails purporting to show that some data supporting global warming may have been falsified (though not by Gore). AJ Schnack then points out a rather significant flaw in the pair’s crusade, and in the Times’ reporting: the Academy didn’t give an Oscar to Gore. It went to director “Davis Guggenheim,” who brought Gore onstage with him and allowed the politician to speak, and to hold the Oscar that wasn’t his and can’t be taken away. (All These Wonderful Things)

Anne Thompson and Kris Tapley talk Oscar again. Gotham Awards, “Avatar,” “The Lovely Bones,” “It’s Complicated,” and Oscar parties with Peter Jackson and “the geek press.” She also thinks “The Blind Side” might sneak into the best picture race. And she can’t believe that she has to wait until Dec. 10 to see “Avatar.” Hey, I have to wait until the 14th. (In Contention) (Thompson on Hollywood)

Jeff Wells has decided why Michael Stuhlbarg is not getting enough best-actor buzz for his performance in “A Serious Man”: because people don’t respond emotionally to his eternally put-upon character, because he’s too “whiny and weak-willed” and, um, too much like most movie viewers. (Hollywood Elsewhere)

The Carpetbagger says that Alec Baldwin says that Carol Burnett said that Baldwin should host the Academy Awards at the Women in Hollywood Awards, when Oscar producer Adam Shankman was listening. A week later Baldwin got the Oscar gig. (The New York Times)

Variety’s Peter Debruge set himself a goal of watching all 61 Oscar winners in the foreign-language category. Mission accomplished, he reports on the results: some questionable choices in the ‘60s and the ‘80s, but terrific films throughout. His “two most satisfying discoveries”: “Get Out Your Handkerchiefs” (France, 1978) and “The Official Story” (Argentina, 1985).

The New York Times does a straightforward take on T Bone Burnett and the music to “Crazy Heart.”