In this morning’s roundup of Oscar news ‘n’ notes from around the web, Tarantino names his inspirations, Queen Bigelow gets her court and Adam Shankman hires a lot of dancers.

Adam Shankman tweets a detail about the Oscar show: “FYI: there’s 69 dancers this year… All there for the movies!” And that number includes at least a baker’s dozen from “So You Think You Can Dance”: Travis, Ivan, Jaimie, Kayla, Ellenore, Russell, Jakob, Kathryn, Nick Lazzarini, Legacy, Channing, Lil C and Kupono. (Twitter) 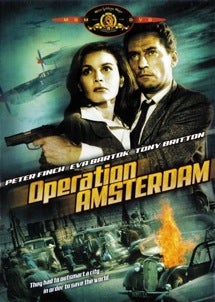 Quentin Tarantino talks to Patrick Goldstein about the films that influenced “Inglourious Basterds.” Before that, though, he talks to Goldstein about how conflicted he is about talking about his influences, because some critics use his love for old movies to bash him for presumably borrowing from them too slavishly. For the record, though, the films that inspired him when he was making “Basterds” include “The Good, the Bad and the Ugly,” “Hangmen Also Die,” “Operation Amsterdam,” “International Lady” and “To Be or Not To Be.” (The Big Picture)

The Film Experience asks a question: If Kathryn Bigelow is the “Queen of Directors,” as a young Tarantino once dubbed her, who are her princesses and her rivals for the throne? They come up with five possibilities who have films currently in production or awaiting release: Sofia Coppola, Julie Delpy, Nicole Holofcener, Lynne Ramsay and Kelly Reichardt. (The Film Experience)

Jeff Wells hears about “The Hurt Locker” winning the ACE Eddie Award, and starts to figure it out: the little war movie might actually beat “Avatar” for Best Picture. “All along I’ve presumed that a little movie that’s only made $12-plus million can’t win,” he writes. “Now I’m thinking ‘wow, this year may be different’ and ‘money may not be everything.’" (Hollywood-Elsewhere)

Anne Thompson reports from the Nominees Luncheon, where show co-producer Bill Mechanic tells her the Oscar show can be “edgy and still about film.” (Thompson on Hollywood)

The L.A. Times also had a team at the luncheon, and they’ve produced a 360-degree panoramic shot of the room. About 150 of those degrees are pretty much in the dark, though. (Los Angeles Times)

Gregory Ellwood attends the screenwriters panel hosted by Creative Screenwriting magazine, with seven of the ten nominated films represented. Jason Reitman hates plot, “District 9” was never envisioned to have a sequel, and the “In the Loop” writers say theirs is the most profane Oscar-nominated movie ever. (Awards Campaign)

Kris Tapley talks to “The Cove” director Louie Psihoyos. “I certainly wanted to movie to create a wave of activism,” Psihoyos says, “because to me, film is the most powerful weapon by far.” (In Contention)

Finally, a couple of Oscar-related moments on CBS late shows.  On the David Letterman show, the “Top 10 Things George Washington Would Say If He Were Alive Today” includes a line that could be troubling for “Avatar” if not for the fact that its boxoffice grosses pretty much obliterate anything troubling: “The effects in ‘Avatar’ are wonderful, but the plot is nothing.” (Late Show with David Letterman)  Then, on the Craig Ferguson show, Colin Firth explains his role at awards shows: “I sit there and I applaud Jeff Bridges for England.” (The Late Late Show with Craig Ferguson, but the video’s not up yet.)