In this morning’s roundup of Oscar news ‘n’ notes from around the web, pundits dissect the nominations snubs and surprises, while studios prepare to cash in.

Anthony Breznican was embedded with AMPAS staffers during the all-night preparation for the nominations announcement. His report is skimpy on details, but it includes a few tidbits: some Oscar staffers grumbled at the Best Picture nomination for “The Blind Side,” but the show’s producers loved it; and Anne Hathaway teased AMPAS president Tom Sherak about giving her the Foreign-Language category to read. A photo gallery gives a few glimpses. (USA Today) 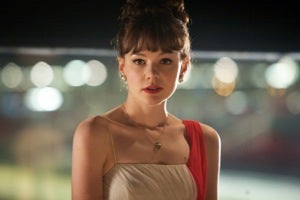 “An Education” will jump from 75 to 760 theaters. “Precious” will triple its theater count. “The Hurt Locker” will quadruple its. DVD releases “Up” and “Inglourious Basterds” may get small theatrical re-releases. “District 9” will get a DVD marketing push. “Avatar” will target the people who almost never go to movies … The L.A. Times looks at the marketing plans for all the Best Picture nominees, and how they plan to capitalize on the Oscar attention. (Company Town)

Tom O’Neil rounds up the Oscar “snubs,” which in most cases are films or performances that were considered longshots. I mean, is it really a snub that Robert Downey Jr. didn’t get a Best Actor nomination for “Sherlock Holmes,” or that “Michael Jackson’s This Is It” wasn’t a Best Picture nominee? But it’s a handy roundup of what was passed over. (Gold Derby)

David Poland analyzes the big 10: “a really balanced list, when you think about it.” Part of his stats: “only 3 titles fully funded by studios, 3 festival pick-ups (2 Sundance, 1 Toronto), one output-only film, four titles with female leads, 3 films with major movie stars up front, 5 of the 6 remaining majors represented plus the 3 biggest indies and 2 Dependents." (The Hot Blog)

Sasha Stone says the nomination of “The Blind Side” means that the Academy can now “have its cake and eat it too” – i.e., nominate successful popcorn movies alongside the smaller, more critically-acclaimed but less-widely seen films that in recent years have dominated the Oscar landscape. She includes a chart of the nine main precursor awards, and finds that only “The Hurt Locker” has scored on every count. (Awards Daily)

Scott Feinberg: more stats than you can shake a stick at. (And the Winner Is … )

Kris Tapley says “AMPAS didn’t embarrass itself TOO much this morning” and finds he doesn’t really have anything to complain about. “Yeah, the ‘Blind Side’ nomination is silly, but it was either that or ‘Invictus,’ so what can you do?” (In Contention)

Gregory Ellwood looks at the mostly modest surprises coming out of Tuesday morning, ranging from “The Blind Side” to “The Secret of Kells” to the song nomination for “Loin de Paname.” (Awards Campaign)

Peter Knegt also rounds up the surprises, and comes up with a similar list. He ends with an intriguing statistic: “Half the best picture nominees gross over $100 million, three of them gross under $13 million.” (indieWIRE)

Andrew Grant says that the Oscar screenwriting categories, where the branch’s choices were “beyond reproach” until the mid 1980s, have become the “most meaningless” categories: “Though there are usually one or two exceptions, the actual quality of the writing increasingly takes a back seat to popularity, box office and potential nominations in higher-profile categories.” He thinks the one exception this year is “In the Loop,” “the best in the category by a long shot.” (Film Salon)