In this morning’s roundup of Oscar news ‘n’ notes from around the web, Sundance loves (and feeds) the Oscars, and “Avatar” promised to boost ratings.

Vanity Fair wonders, in its headline, “Could ‘Avatar’ Boost Oscar Ratings to Record Heights?” The answer, if you ask me, is obvious: no, it couldn’t. Sure, it could – and probably will – give the show a big ratings boost over recent years, but the television landscape has changed too much for the show to rival the 57 million viewers who watched “Titanic” win in 1998, or the audience that gave it a 38.0 rating and a 59 share in 1983. (Last year: 20.6 rating, 31 share.) In the last paragraph of its story, VF gets around to admitting as much, and changes the question to “what will [viewers] make of James Cameron’s victory speech? (Vanity Fair) 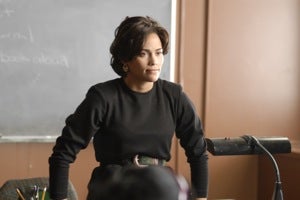 David Germain talks to Sundance director John Cooper, who says the Oscars are good for his film festival because they get audiences to see smaller movies: "It’s actually how the audience starts to click into how they have other choices … It trains the audience to think a little differently.” Germain looks at “Precious” (left) as the latest in a series of Sundance debuts (also including “Little Miss Sunshine” and “In the Bedroom”) that have gone on to compete for Best Picture. (Associated Press via Yahoo! News)

Scott Feinberg, who thinks that James Cameron will win the DGA Award on Saturday night, nonetheless spotlights the career of Cameron’s foremost rival for the prize, Kathryn Bigelow. He includes trailers from all of Bigelow’s movies, including the little-seen “The Loveless,” which looks to be a delightfully seedy and seriously tongue-in-cheek exploitation flick from 1982. (And the Winner Is)

“Almost every major race can be boiled down to a maximum of two contenders,” says Guy Lodge in a preview of next Tuesday’s Oscar nominations. But he thinks there’s uncertainty in who’ll fill out the nominees in a few categories, including Best Supporting Actor (where he thinks the contenders include Christopher Plummer, Stanley Tucci, Alfred Molina, Matt Damon, Alec Baldwin and Anthony Mackie) and Best Picture (where he calls “The Hangover” a very real threat but wonders if a smaller film like “Crazy Heart” or “The Messenger” will sneak in as well). (In Contention)

Jack Matthews predicts the nominations, and some of the awards, at Moviefone. A few notable tidbits from his lengthy discussion: he thinks George Clooney’s Haitian relief efforts have made him a genuine competitor to Jeff Bridges for Best Actor; he doesn’t like animated features being eligible for Best Picture, not because they don’t deserve it but because actors won’t vote for them; he thinks “It’s Complicated” will get a nomination for editing; and he’s afraid that the Academy’s “screwy preferential voting system” could lead to it “not having a full ballot” of 10 Best-Pic nominees. As long as the 5,777 voters put at least 10 different films in the number-one spot on their ballots (and my guess is they’ll put at least 30-40), that last one is a complete impossibility. (Moviefone)

Claudia Puig goes to Oscar dance rehearsals and gets a few words with Adam Shankman. Quoth the show co-producer of being surrounded by dancers, some of them from his other gig as a judge on “So You Think You Can Dance”: "I’m a showman, so I’m like a pig in poop.” He also calls the Oscars “the world’s best-dressed reality competition show,” which is faintly troubling. (USA Today)