In this morning’s roundup of Oscar news and notes from around the web, BAFTA salutes some up ‘n’ comers, and everybody ponders the guilds.

BAFTA, the British Academy of Film and Television Arts, has announced the nominees for its Rising Star Award: Jesse Eisenberg, Nicholas Hoult, Carey Mulligan, Tahar Rahim and Kristen Stewart. Mulligan (“An Education”) would be the clear favorite if the award was chosen by BAFTA voters, or by the jury that selected the nominees – but it’s a publicly-voted award, which may give the edge to Stewart, by far the best-known of the five by virtue of the “Twilight” films. Past winners include James McAvoy and Shia LaBeouf. (British Academy of Film and Television Arts) 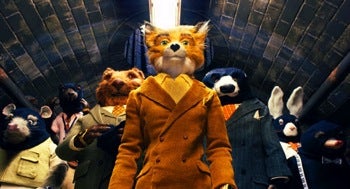 The New York Times looks at the Oscar animated-feature race, and says that “Up” isn’t the automatic winner it once seemed to be: “this year, unexpectedly, animation is becoming a hotly contested race.” A serious challenge to “Up,” says Brooks Barnes, is being mounted by Wes Anderson’s “Fantastic Mr. Fox,” winner of animated-feature honors from both the New York and Los Angeles film critics groups. But “Up,” concedes Barnes (correctly, I think) “remains very much the lead contender.” (The New York Times)

Brad Brevet considers the ASC nominations and offers alternatives to what he believes was an undeserved cinematography nod for “Avatar.” (“I just don’t see it as one of the year’s five best.”) His suggestions: “Bright Star,” “A Serious Man,” The Road,” “Terminator Salvation,” “Public Enemies” and “Precious.” (Rope of Silicon)

The art and science of using a DVD release to boost an Oscar campaign: USA Today makes a case-study of “The Hurt Locker,” which debuts on DVD and Blu-Ray on Tuesday. Next in line: “Bright Star” (January 26) and “A Serious Man (February 9). (USA Today)

Pete Hammond looks at the guilds and draws some conclusions: “The Hurt Locker” and “Precious” are up, “The Messenger” and “Invictus” are down, “Avatar” is holding strong and “Star Trek” might be a real contender.  (Notes on a Season)

If an embargo is broken behind a pay wall, is it really broken? Apparently, the answer is yes. Variety jumped the gun by 12 hours Monday night on the ACE Eddie nominations, the embargo was lifted and everybody else ran the news as well. Awards Daily added an instructive chart comparing Eddie nominations and wins with Oscar results. (Awards Daily)

Gregory Ellwood analyzes the WGA nominations and decides, accurately I’d say, that the determining factor in several of the nods is the large number of ineligible films: “Now, in all honesty, there is no way ‘Avatar’ is getting into the original screenplay race if ‘Basterds’ and ‘Up’ are included here.” (Awards Campaign)

Kris Tapley, a fan of the Oscar-eligible song “Depression Era” from “That Evening Sun,” finds a clip of songwriter Patterson Hood talking about and performing the song. The clip, hosted by Paste magazine, is part of Freestyle Releasing’s bargain-basement Oscar campaign for a worthy song that will be a longshot at best. (In Contention)