In this morning’s roundup of Oscar news ‘n’ notes from around the web, Jeff Bridges gets kudos for “bottomless soul” and gives up his voiceover gig for the night.

“With less than a week to go before Hollywood fetes itself with the red carpet and gold statuettes, ABC’s ad sales team has cause to throw a celebration of its own,” says Brandweek. “The network’s Academy Awards broadcast is all but sold out.” The most interesting news from the story: to avoid running afoul of the Academy’s rules making it difficult to feature ads that include nominees or participants on the Oscar show, automotive sponsor Hyundai has recorded new voiceovers to replace the ones done by Best Actor nominee Jeff Bridges in its regular ad campaign. In the new ads, voiceovers normally done by Bridges will be handled by Kim Basinger, Richard Dreyfuss, David Duchovny, Catherine Keener, Michael Madsen, Mandy Patinkin and Martin Sheen. (Brandweek) 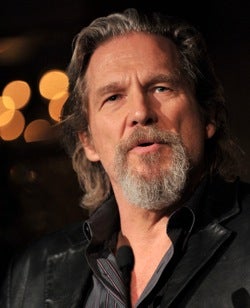 Manhola Dargis salutes the career of Bridges, who over the years, she says, “transformed from an all-American pretty boy with effortless charm to a weathered veteran with bottomless soul.” She’s particularly fond of overlooked gems like “Cutter’s Way,” though the piece hinges on Bridges persona as the Dude from “The Big Lebowski.” (The New York Times)

Mick LaSalle looks at the history of Oscar’s Best Picture winners, and isn’t exactly complimentary: “In the light of film history, most past winners look sad and safe, artistically and politically bland, pedestrian in their approach and bloated in form.” He thinks that each year sees one artistic breakthrough, which rarely wins the top Oscar; “exceptions include “Grand Hotel” “The Godfather,” Amadeus” and “Schindler’s List.” This year’s watershed film, he says, is clearly “Inglourious Basterds,” though he figures “The Hurt Locker” would be “a decent second choice.” Any other winner, he thinks, “would be a joke.” (San Francisco Chronicle)

Sasha Stone does the research on the Oscars between 1936 and 1943, the previous years in which the Academy nominated 10 films and used the preferential system to count ballots. Her conclusions include: “acting, writing and directing are the heart and soul of the Best Picture race and subsequent win”; the winners always had acting and writing nominations, and almost always an editing nomination to boot; and the Best Pic winners in those years only averaged two or three wins, total. (Awards Daily)

S.T. Van Airsdale looks at last week’s spate of ‘Hurt Locker’ takedowns in the Los Angeles Times, and wonders about the timing. “[T]his matter,” he says, “has the distinct smell of awards-season dirty tricks.” (Movieline)

The Academy releases a five-minute video from the Oscar-show dance rehearsals. The glimpses probably won’t tell you anything about the show’s choreography, but producer/choreographer Adam Shankman does drop a hint that he’s looking for “very tall girls with a lot of legs” for a chorus line in the opening number. One of the dancers talks about the thrill of dancing on a stage where Meryl Streep and Brad Pitt are “within arm’s length.” One assumes he’ll keep those arms to himself. (YouTube)

Newsweek tells the story of what happens to Oscar ballots once they’ve been cast. They leave out a lot of details, but all the broad strokes are there. Although they do goof on the location of the Governors Ball … and while I’ve seen the PricewaterhouseCoopers guys there, I’m pretty sure they’ve put down their briefcases by the time they hit the party. (Newsweek)

The New York Observer boils down the Oscars to a Los Angeles vs. New York slideshow. Of course, being from New York, they claim that N.Y. is a “Hurt Locker” / Kathryn Bigelow / Meryl Streep / Christoph Waltz kind of town, while L.A. goes for “Avatar” / James Cameron / Sandra Bullock / Woody Harrelson. Since there are a lot more Oscar voters in L.A. than New York, we’ll see about that. (New York Observer)

USA Today reviews the Oscar-nominated shorts. Their favorites are “A Matter of Loaf and Death” among the animated nominees, “The Door” and “Kavi” among the live-action contenders. (USA Today)