In this weekend’s roundup of Oscar news ‘n’ notes from around the web, the documentaries cause more controversy and the white noise gets louder and louder.

Anne Thompson and Kris Tapley do their weekly “Oscar Talk,” covering the documentary shortlist, the Governors Awards (Anne loved it!), “Inglourious Basterds” (they both think Weinstein is nuts to campaign Melanie Laurent in the best-actress category) and Hal Holbrook in “That Evening Sun” (they both loved him). (In Contention) (Thompson on Hollywood)

Sasha Stone assesses the state of the race, the state of Oscar coverage, the state of movies. She starts with an apt quote from Don DeLillo’s “White Noise,” and decides “There is more white noise than ever before the start of the actual season, but worse, there seems to be a gaping hole where movies should be.” She also thinks that “Up in the Air” is the frontrunner at this point. I think she’s probably right. (Awards Daily) 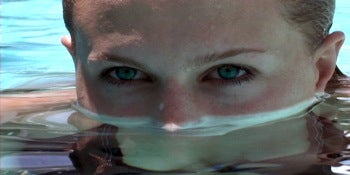 Owen Glieberman says there’s something “fundamentally off” and “almost perverse” about films like “Tyson,” “Anvil!” and “It Might Get Loud” getting left off the Academy’s documentary shortlist. The reason, he says, has nothing to do with extortion or skullduggery, but with the “a kind of self-defeating aesthetic of granola documentary correctness.” Phraseology aside, he’s certainly correct that voters from the documentary branch have always preferred topical, serious docs to lighter, more entertaining ones – for further proof, just look at the nominees for doc shorts every year, which are almost exclusively dead-serious looks at tough subjects. Glieberman praises the shortlisted docs “Food, Inc.,” “The Beaches of Agnes,” “Every Little Step” and “The Most Dangerous Man in America,” but dismisses most of the rest, including the presumed frontrunner, “The Cove.” He reserves his harshest criticism for Andy Abrahams Wilson’s Lyme disease doc “Under Our Skin” (above), which he slams by essentially saying that it really should have been about the fact that chronic Lyme disease doesn’t exist – in other words, it might have been a better film if it took a position diametrically opposed to the entire point of the movie. Not surprisingly, a whole lot of his readers take him to task for that assertion. (Entertainment Weekly)

I missed this when it went up on Thursday – but in addition to his take on the state of the Oscar race, David Poland also updates his chart of Oscar predictions. There’s one fascinating development: Poland is an unabashed fan of musicals who has been placing Rob Marshall’s “Nine” at the number one spot on his list since his first chart at the end of September – but this week, for the first time, the film left the top slot and dropped all the way down to number six. Star Daniel Day-Lewis also dropped out of the top five in his best-actor predictions, as did supporting actress Judi Dench. (He’s still predicting nods for Marion Cotillard and Penelope Cruz.) So what happened to cool his enthusiasm for the film? He saw the film, that’s what. At least I assume he saw it; like all the other press who’ve seen the movie in the past week but been embargoed from writing about it, he hasn’t said anything in print. (Movie City News)

The number one spot on Poland’s chart, by the way, is now occupied by “Up.” Jeff Wells doesn’t like the idea that the Pixar film is a favorite to win; he thinks that it will be probably be nominated, and that it’ll be lucky to get that far. And then he makes a case against it: “It’s just a high-strung animated story with a lot of gee-gosh stuff going on and some recognizable heart-and-spirit issues propelling the two main characters.” And he thinks Pixar should be happy with the Oscar for best animated feature. I suspect that if “Up” gets a nomination (which it probably will), voters will use the animated-feature category as an escape hatch and not rank it first on their ballots – but with the preferential system that is now in place to count final best-picture votes rewarding consensus rather than passion, it just might score enough number-two and number-three votes to edge into the picture. (Hollywood Elsewhere)

In advance of the release of “The Road,” Scott Timberg looks at author Cormac McCarthy, and explores how a writer known for bleak, violent scenarios has become a Hollywood favorite. “No Country for Old Men” aside, all involved agree that McCarthy is a tough guy to adapt, and a surprising choice for a Hollywood fave. Says screenwriter Joe Penhall: "It’s amazing that McCarthy is so in demand in the film industry, at a time when movies are becoming more and more generic and formulaic."  (Los Angeles Times)