In this morning’s roundup of Oscar news ‘n’ notes from around the web, people start talking about “Nine,” and Wired keeps writing about “Avatar.”

Now that Marc Shaiman’s on board, Dave Karger wonders if Steve Martin and Alec Baldwin should sing on the Oscar show. He’s not sure. I think the show will probably have a fair amount of music, but maybe not from Martin and Baldwin. Part of me wonders what the new music director would have done if Billy Crystal was hosting; with 10 best-picture nominees that needed saluting, would the two men have dared to trot out their usual “Wonderful Night for Oscar” medley, with song parodies incorporating all the nominees? Probably not; an email from Shaiman on Monday night suggested an untenable equation: “Billy + 10 movies = no time for awards!” (Oscar Watch) 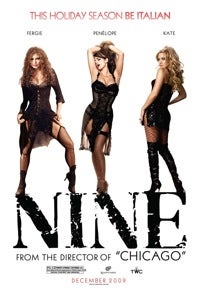 The embargo on reviews of “Nine” is still in place, but apparently the gag order has been lifted when it comes to reporting about Q&As and making comments about the film’s Oscar chances. Pete Hammond does the former with a handful of quotes from the SAG screening he moderated last week. (Notes on a Season) And Nathaniel Rogers tries to do the latter, running down the categories where he thinks it’s an easy nominee (cinematography, best picture and director) and the ones where he thinks it’ll face a tougher road (which includes all the acting categories). But he finds it hard to say too much about the movie’s Oscar chances without sort of reviewing it. I’m not going to even try, at least not for now. (The Film Experience)

Wired devotes 4,000 words to “Avatar.” If you want to know about the movie – the tech side, the creative side, the backstory, the little anecdotes, the grandiose quotes from James Cameron – this is probably the place to turn.

But if you aren’t interested enough to wade through the Wired article, you might find yourself agreeing with Gregory Ellwood. He saw 20 minutes of the film last summer at Comic-Con, and didn’t think it had any chance to win a best-picture nomination. But lately he’s started to wonder if his dismissals weren’t premature. He doesn’t seem very happy about it, though, characterizing his sense that “Avatar” might have a chance as a “sinking feeling.” At the moment, he still thinks that only three movies can really win best picture: “Invictus,” “Precious” and “Up in the Air.” (Awards Campaign)

At Gold Derby, the Buzzmeter panel chimes in on the big races. All 20 pundits predict nominations for “Up in the Air” and “The Hurt Locker”; all but one add “Precious” and “Invictus.” “Nine,” “Up,” “An Education,” “Inglourious Basterds” and “A Serious Man” are next in line. In the best-actor and best-actress races, Colin Firth and Carey Mulligan hold slim leads over George Clooney, Gabourey Sidibe and Meryl Streep.

Comingsoon.net has the trailer for "The Loss of a Teardrop Diamond," a last-minute (December 30) release hoping to stir up some awards heat for Bryce Dallas Howard’s lead performance and for an until-now unproduced screenplay that Tennessee Williams wrote for Elia Kazan about 50 years ago.  (Coming Soon)

To prepare readers for what Monika Bartyzel says is Christian McKay’s mesmerizing performance in “Me and Orson Welles,” Cinematical offers a primer on Welles himself, from his “War of the Worlds” broadcast to his appearances on the Dick Cavett show. It includes lots of links and clips.