In today’s roundup of Oscar news ‘n’ notes from around the web, Charles Darwin survives, Mr. Fox gets a fantastic slot and the foreign-film race gets crowded.

Variety’s roundup of the foreign-language race gets one title wrong (Armenia’s entry is sometimes called “A Magician’s Autumn” and sometimes “Autumn of the Magician,” but it’s definitely not “A Magician’s Nephew”), misses the fact that Serbia has changed its mind, and includes capsule descriptions of only 15 of the 40 choices announced so far.  In Contention has a bigger list. So do indieWIRE and The Film Experience. 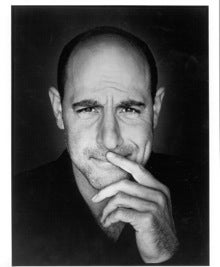 More festival awards to give a nudge to more Oscar campaigns: at the Gotham Independent Film Awards, November 30 in New York City, the career achievement honorees will be Kathryn Bigelow (in the thick of the race after directing “The Hurt Locker”), Natalie Portman (a dark horse candidate in director Jim Sheridan’s “Brothers”), Stanley Tucci (certainly a supporting-actor contender for “Julie and Julia,” with “The Lovely Bones” on the way) and producers Tim Bevan and Eric Fellner (with likely best-picture nominee “A Serious Man”). (Tucci photo: Gotham Independent Film Awards)

“The Fantastic Mr. Fox,” director Wes Anderson’s first foray into animation, will open the AFI Fest in Hollywood on October 30. With the animated-feature category likely limited to three nominees, it could face quite a battle with the likes of “Up,” “Ponyo” and “Coraline” already in the mix. (indieWIRE)

Newmarket Films rescues “Creation” from awards-season limbo by acquiring the rights to the Charles Darwin picture that opened Toronto to mixed reviews. They’ll likely have an uphill battle getting it into the race. (Variety)

Gerard Kennedy does an early preview of the Oscar craft categories, figures that frontrunners “Up in the Air” and “Precious” are not liable to be big contenders in those categories. He asks a few questions about “Bright Star,” “Inglourious Basterds,” “District 9,” “Nine” and a few others, and concludes that it’s too early to know much. (In Contention)

Better late than never: Nancy Kriparos’ Toronto faves are “Up in the Air,” “Bright Star,” “Dogtooth,” “Mother and Child,” “Precious,” “The Imaginarium of Dr. Parnassus,” Michael Sheen in “The Damned United,” Paul Bettany in “Creation,” Amanda Seyfried in “Chloe,”Matt Damon in “The Informant!” and Robin Wright Penn in “The Private Lives of Pippa Lee.” (Awards Daily)