In today’s roundup of Oscar news ‘n’ notes from around the web, Meryl Streep gets snubbed by Julia Child, and Roman Polanski gets dissed by L.A. Times readers.

Meryl Streep tells the Telegraph that she’s a better actress than she is a cook. (I think we all probably knew that already.) She also remembers the time Julia Child blew her off. 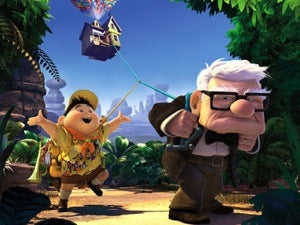 USA Today picks 10 movies with high hopes for Oscar season. Scott Bowles steers the discussion toward already-released movies the paper’s readers are apt to have heard of: “Up,” “The Hurt Locker,” “Star Trek,” “Harry Potter and the Half-Blood Prince,” “The Hangover,” “Julie and Julia,” “(500) Days of Summer,” “District 9,” “Inglourious Basterds” and “Sunshine Cleaning.” Two or three of those 10 might actually get best-picture nominations. In a related poll, USA Today readers like “Up” best, followed by “Inglourious Basterds” and “Star Trek.” ("Up" still, left: Disney/Pixar)

Tom O’Neil wonders if Roman Polanski really deserved to win his best-director Oscar for “The Pianist,” or if Rob Marshall should have won for directing the best-picture winner “Chicago.” He asks his readers to vote; they narrowly award the statuette to Marshall. Funny, I always thought the more germane question was whether “Chicago” deserved to win best pic, or if “The Pianist” should have picked up that one as well. (Gold Derby)

Dave Karger wants to be surprised by a best-picture contender. The trouble is, when you make your living as one of the most reliable Oscar prognosticators, wouldn’t being surprised hurt your rep? (Oscar Watch)

Magazines may be in big trouble these days, but there’s nothing wrong with using a high-profile cover story to kick off a best-actress campaign. Vanity Fair obliges by devoting a fetching red cover to Penelope Cruz (“Broken Embraces”).