On this Thanksgiving edition of Oscar news ‘n’ notes from around the web, no real news or notes … just a few things I’m thankful for this Oscar season.

I’m thankful that Gordon Willis finally got the Academy Award he should have won about 37 years ago, and that he got it in a relaxed, affectionate, candid tribute at the Governors Awards, complete with a stunning clip package (directed by Jon Bloom) that fully showed why the groundbreaking cinematographer deserved it. And if some of that presentation shows up on the Oscar show in March, I’ll be even more thankful. 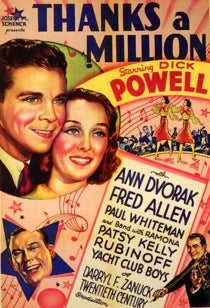 I’m thankful for a terrific movie song, T Bone Burnett’s and Ryan Bingham’s “The Weary Kind” from “Crazy Heart,” that has a real chance at getting a nomination and maybe even winning.

I’m thankful for this year’s great showcase roles for remarkable, little-known actors: Carey Mulligan in “An Education,” Christian McKay in “Me and Orson Welles,” Christoph Waltz in “Inglourious Basterds” … I know Ben Foster has been around and been good for a while, but I’d squeeze him in there for his wonderful work in “The Messenger” as well.

I’m thankful for the year’s great showcase roles for treasured actors who’ve been working for decades without ever winning Oscars: Christopher Plummer in “The Last Station,” Jeff Bridges in “Crazy Heart,” Hal Holbrook in “That Evening Sun.”

I’m thankful that here it is November, and “The Hurt Locker” is not being treated as the great movie that came out too early in the year and has since gotten lost in the Oscar shuffle.

I’m thankful that some of the big year-end movies everybody was expecting to nab best-picture slots aren’t as good as those people thought, throwing a little bit of uncertainty into the race.

I’m thankful for Jimmy Page playing air guitar to Link Wray’s “Rumble” in “It Might Get Loud.” I’m not thankful that it made the documentary shortlist, because it didn’t. I’m just thankful it exists.

I’m thankful for that rarity of rarities, a summer sci-fi action movie that actually felt fresh and new and original: “District 9.”

I’m thankful that Nick Hornby, who writes books about music as well as anybody I’ve ever read (witness “Songbook” and the new “Juliet, Naked”), also turns out to write screenplays about teenage British girls in the early ’60s pretty damn well, too (witness “An Education”).

I’m thankful that success and Oscars hasn’t made the Coen Brothers soft, or nice. 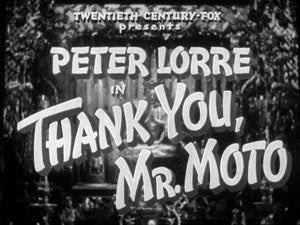 I’m thankful that James Toback’s cries of “extortion!” after his film “Tyson” didn’t make the Oscar doc shortlist mostly turned out to be sour grapes quickly shot down by the Academy. I mean, Oscar controversy is fun (and pretty much inescapable), but extortion?

I’m thankful for “Mary and Max,” the weirdest and funniest animated film in what has been a good year for animated films.

To all the folks responsible for those things, I thank you.

Take it away, Sam and Dave: